The Song That Runs Under The Credits 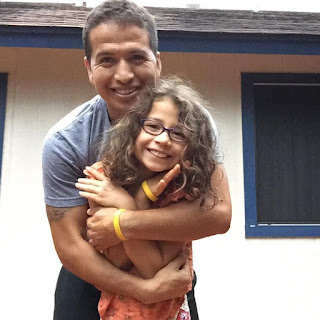 People who clearly have too much time on their hands have asked why I'm blogging less than I used to... The truth is actually immediately under the Picking Up A Hitchhiker blog title, An Incredibly Raw and Uncensored Blog of how a Guy copes and hopes with brain cancer and life changes. Somehow life has been kind enough to where for a good share of life, brain cancer and life changes have been fairly minimal for a while. There's an MRI next week which has started to and will invariably shake my nerves till the results (and I hope less, not more after I get them but I never assume things are going to go well).

But there have been pleasant little reminders of life that keep me grinning. For a guy who has memory problems I should take advantage of facebook's memory features of on this day x number of years ago. However, since I'm a guy who tends to look forward constantly and so rarely back, I miss it most of the time but yesterday it popped out at me because of a joke I made. I had just started driving after the second time I got restricted (it last about two years, the first one had lasted about six months when this all started). A friend was excited that because of a new job they had gone almost 2 weeks without refilling their car, I told them I had gone two years. But now, NOW, I've been driving for almost two years. 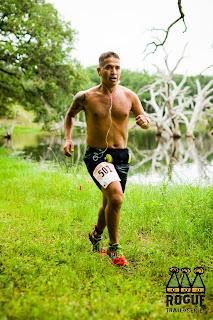 I hope next week's MRI doesn't change the relevance of cancer in my day to day life next week. But right now the relevance of that the tumor and scar tissues creating seizures is under control. So now I am not riding a bicycle because that's my main mode of transportation but because it's fun. Livestrong day was last Friday where I had to pretend to be a little cooler and use hashtags in my instagram of #livestrong day and #bandedtogether. I looked through some of them and some highlighted just the band and I understand the power of symbols which is why it stays on my wrist, a reminder. But my picture was me hugging Kiana, the girl who it helped me livestrong with and band together and I thank them for many things but above all the cancer and relationships class where I learned the biggest tenant of my life, work on the relationships you want to keep. In fact this year, by virtue of the custody calendar, it will be the first time Kiana's with me during the Livestrong challenge so instead of riding 100 miles like I have 5 times, I'll be biking 20 next to her. There was a time I skipped the Austin marathon the 1st time to go through the finish line next to her doing her first 5k. That race was more meaningful than any including the ones I won behind her in a stroller. I dream that's going to be true as well for her. Plus with the way she's been growing, I'm fairly sure she's going to get a new bicycle before the ride and certainly will...

The electricity in my brain isn't causing me to lose control of my muscles or lose control of my brain. It may take a maximum twice a day dosage of pills with some side effects but hey that's life... or at least that's avoiding death. So the voltage in my brain isn't running wild, so I run in the wild. Another brain tumor survivor, Sara, talked me into doing a trail race last weekend with all of a few days notice. I did the single loop 10k. She was doing the 30k which was a triple loop that started half an hour earlier. Still I did her 3rd loop with her after taking 5th in my race. I put off brain surgery to run a marathon. She's coming out of a tumor and now in a later stage and age in life (I mean she's 29!) she's signing up for her first ultras, taking on tougher challenges. She likes to say I'm inspirational but she's doing harder stuff than I am and the one talking me into things. Let's just say that was the conversation and experience that finally got me to sign up for my first 30k trail race which is going to be at night. What could possibly go wrong for a guy who has no spatial orientation running at night on a trail? She ended up taking 1st grand masters. Brain tumors aren't making us pause. 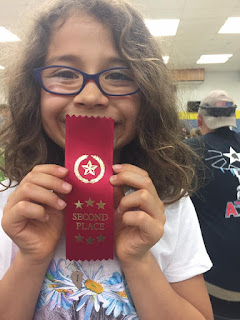 So speaking of grand masters, why I blog less is because there's less things where my own cancer is relevant on day to day to stuff and I start to dream a little further out. It's like chess grand masters where they think a lot more moves in advance than beginners. I'm not chess grand master but I am please to report that the chess club I coached all year this year swept the competition. My daughter's school took 1st place in every grade (2nd through 5th) and the top 3 spots in 2nd and 3rd (Kiana took 2nd)! That was the only event that any school did that at. A parent who was there tried to get me to take a picture with the kids (I passed and let the kids just be the ones in the pictures). But the parent added you must be very proud of what you did... that is of course absurd since I didn't do it, all I did was coach those kids and pace that grand masters winner. The potential was always inside them, I just got to be beside it and witness it. That's a privilege.

The mind problems are still there, the damaged brain hasn't healed but hopefully remains stable. But in the age of digital clouds, I can make notes on my computer that show up on my phone or I can log into anywhere where the internet exists and I get to cheat that damaged memory. Other people call it compensating... I still don't know if its not cheating. But we hold on to what we can and try to do good things with it. Speaking of memory problems a few days ago was the first time ever someone didn't put some cash after Kiana lost her tooth. It was one with a metal filling on a stormy night so I said the tooth fairy was trying to keep herself safe so we wrapped it extra carefully and Kiana got her biggest gift ever from the tooth fairy... I don't know if that's teaching her that guilt trips can come with exorbitant interests rates. 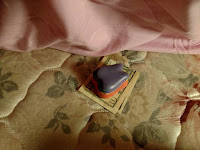 I'm still helping out with multiple cancer causes but things like chess club or getting re-elected as president of the Austin Runner's Club (would I have won had I been running against the current US presidential candidates!?!?) helps to focus energy elsewhere as well. The two balance each other out I think because the cancer events help me appreciate everything I've got going and that I'm still standing and the non cancer events help give me even more energy to give back. All of our ARC events and membership have grown because we have had great boards with ridiculous focus and energy but like everything I'm currently working or part of, I wonder how I got so lucky to be part of such good teams? My constant joke (but probably the truth) is that it's because only really good people will put up with me.

So that's why I blog less because the hopes and copes of cancer are more normal to day to because they are less relevant. There were 2 years straight of medical appointments and now it's 2 years straight of driving because the driving restriction was taken away. There were a lot more medical bills than I could have imagined but assuming life stays all right, I will actually get out of all the debt of the last few years by the end of this one. The blog title today is actually from one of Kiana's kids movies, Jonah. It makes fun of the fact that the credits song rarely has anything to do with the actual movie:

So mom, when you're worried about why there's less entries, it's just simply because I want this blog to pertain to the blog's basic plot. So here's hoping there keep being less entries, less worries, and more life.

Posted by iramjleon at 8:09 AM