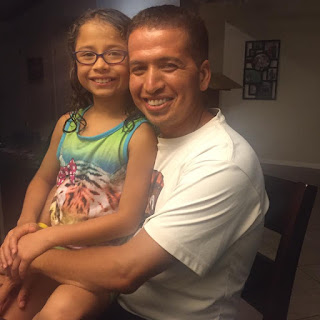 I had an odd reminder recently. It was around now that I thought I'd be getting closer to wrapping up debt but if you read the last entry it was Christmas in July. So that calendar reminder came on oddly enough as Desperado played in the background:

Now, it seems to me some fine things
Have been laid upon your table,
But you only want the ones that you can't get
Desperado, oh, you ain't gettin' no younger
Your pain and your hunger, they're drivin' you home
And freedom, oh freedom, well that's just some people talkin'
Your prison is walking through this world all alone

It came shortly after I had written an email that quoted that deeply philosophical movie, the Princess bride, "Life is pain, anyone who tells you otherwise is selling you something." I'm sure pain comes up as a concept a lot but I just seemed to be noticing it far more this week. There's the constant pains of a guy who utilizes his body the way I do. That soreness, that out of breath, well Kiana and I did some hill work and spadework. Pain is supposed to occur there; there are people who might call it discomfort for semantics but it's definitely pain in my book. In fact I'm struggling with a achiless tendon injury right now where I've been trying new things including dry needling. Pain sometimes is necessary and I wouldn't even call it evil.
I sat and talked with a  doctor friend about how more and more parents in the age of not giving kids immunizations are also skipping vitamin K injections. These injections are typically given at birth to help with blood clotting. Whether or not you agree with immunizations etc well let's just say I do and my kid has them all. However, what intrigued me was that a lot of parents choose not to give it not because of the risks that the opposing camp has but because they feel guilty putting their child through pain so shortly after birth. I've only been there for one birth in my entire life, Kiana's (well two I guess if you include mine but I don't remember that one) but um what's the polite way of saying coming through a channel much smaller than you are seemed to hurt all parties involved? A needle by comparison seems like a light thing and I want to point out, no one I've ever met remembers being born but most, if not all of us, would argue it was beneficial. 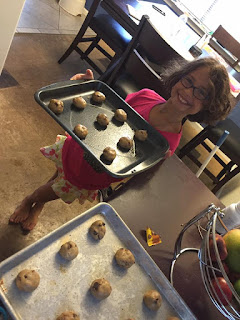 Pain is life, life is pain. But some are tougher. Last year I spoke at an event as I have a few times. The cancer events are tougher for me because having gotten involved in the cancer community, I see the pains of death more frequently than I could have imagined. It's a rare week where I don't get to see the fragility of life give way to an invasive disease. Both the pains caused by those who are dying and those who love them. I'm known for being stoic, fairly calm, even waking up in ambulances apparently calmer than everyone else. But it's in those moments, when life is being robbed by a disease, that the guy who has language deficits but still gets invited to give public speeches, the deficit of language isn't one brought by brain damage. It's brought by a damaged soul where there's no appropriate words in my book.
There are some that are slightly harder than others. Those of course are the people who I know best, who are friends, not just "numbers of people with cancer." Other particularly striking ones are ones who choose to be an active part in taking on cancer. I spoke at an event last year where someone else who was clean of cancer spoke after me. This would be the 5th time that the person who spoke at an event where I did would be dead less than a year later. 3 of those 5 at the time they spoke were either at the no evidence of disease or in remission at the time. Not the same three but again, three of the five were people with brain cancer. People sometimes give me a hard time about why I take life the way I do, why don't I think I'll be part of the minority that outlives the brain cancer prognosis. 'Living like you're dying isn't living at all' I've been told... I don't know how to digest that. We're all dying, perhaps the best reason to focus on the living.
So I continue to live with adequate trepidation in my own Desperado way, on occasion letting some of the primal urges take out in physically acceptable outlets. But I also have learned to not only want the ones that I can't get so with a little more financial flexibility, I'm going to enjoy the fine things that have been laid upon my table. And I've done two things with the freed up finances, one was to replace a table. Kiana's on a cooking spree right now and she's been putting some great good on it (one of which came with a first degree burn from a slight slip and she took it like a champ. I wish I'd been immediately next to her when it happened but realistically slip ups happen. Knowing her dad's impetus to encourage independence but also his protectiveness, we hadn't even finished putting Neosporin on it when she was already trying to explain that it was an accident and that she still wanted to be allowed to keep cooking). Perhaps I've done too good of a job of explaining to her that life is pain, or at least has some involved but hey that pain and that hunger it's driving us home.  It was a few days but this year, on the first day of 4th grade it was the first time I wasn't the one who made the household breakfast on the 1st day of school. I'm not sure what spices she put into the pancakes that made them so watery eyed delicious. Somewhere in watching kids grow up, it can be a little tough. My parenting philosophy is give them roots then give them wings but the wings are tougher somedays. Still, I'm glad that while I can't stop her from growing or growing up, I'm very thankful that I am still here and not missing it. 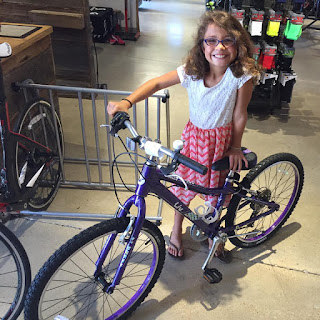 The other thing that some money has been spent on is getting her a bike. I've had brain cancer for almost 6 years and during those I wasn't allowed to drive a fair share of it because of the accompanying seizures.  So I rode a bike and coincidentally ended up riding it in races 3 times but I also rode 5 Livestrong Challenges, each time riding the 100 miler and just due to custody reasons, it was always on a weekend Kiana wasn't home. This year is it's 20th anniversary and appropriately enough Kiana gets to join me for her first long ride, 20 miles. We're hoping to find 20 people who will donate to her fundraising.
So perhaps there will come a day where there will be no more pain, no more sorrow, no more crying and no tomorrow. But that day is not today. Today life is or at least has pain. I am guy who didn't take pain killers after brain surgery or with sports injuries knowing that it provides information. Sometimes, it tells you to stay away from something. But in most of my life at least, I want to channel it, from sore muscles, from cracks in my sole and breaks in my heart, to use that pain as a way to grow, learn, and share the good lessons in life that come learning through pain. So maybe life is pain but I'm going to live it up while I can.
Posted by iramjleon at 7:05 AM No comments: