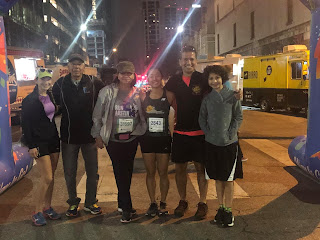 There are certainly things I should have written about perhaps. 10 years ago in February almost to the date I ran my first marathon. It was on Valentine's day and I was running it with Kiana's mother. I've often joked in my speeches that we didn't do a single training run together, didn't run it together and just high fived at the end, no wonder we broke up. The next year was the one where I put off brain surgery for and qualified for Boston. I would win some divisions there, skip it to run a 5k with Kiana and my parents, etc etc. But this year was my favorite. I guess it was supposed to be better than it turned out, or so I imagined it. I was doing the first half with my daughter Kiana on her last half of the Distance Challenge. Then I was going to speed up/wait for my wife and do the 2nd half with her. A decade apart but finally learning that maybe running with the people you care about even if slows you down has its own importance. I was going to retire there. My parents were in town and Jackie, a recent addition to our life, was going to run the first half with Elaine and then receive Kiana and get her to my parents who were doing the 5k.

That's only sort of how it went. The race itself due to issues far beyond my control or understanding was delayed 40 minutes but not announced till a few minutes before the race in small increments. So we were just literally standing there, all dressed down with nowhere to go. The water and food that we take prerace messed with the system as opposed to preparing it because what your body does with hydration and nutrition when you take it before movement is different than what it does when you take it before quite literally standing still. I took it in stride and tried to share that spirit but knew that it was inadequate to be too nice as I was not racing at my own speed and knew that it would be more frustrating if I was trying to gun it myself. 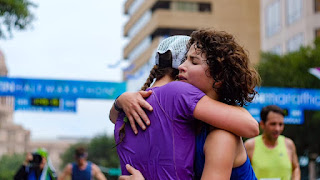 Kiana's race did not go so well. The humidity was high, she'd tried a new shirt and it was the first and only time she's ever had to have a long bathroom stop in the middle of a race. It was clear she was slowing down before she communicated this and she was pushed and in discouraged tones said, "I'm not as competitive as you" with some adolescent attitude and some resignation and some cracks in her voice because quite literally the day before she wanted to her faster race. I tried to encourage her to finish but it got so bad she actually saw a portapotty off the course. It was not long after that where we were scheduled to split ways. The day before she had seen me give one of those "motivational" speeches I get invited to do and see me get thanked and said with tears in her voice "Dad, say something motivational to me." I teared up and said to her "I've done this course so many times but this was by far my favorite" and we split up there to her finish with quite literally sweat and tears. She finished a few blocks after that crying to Jackie's arms saying that everything that could go wrong with that race did. Jackie said her spirits were down for a little while and then she was back to herself laughing. I thought that was right; a race that you train for and give effort to should not be something you shrug off immediately but it's also not something that us amateurs should be over emotional for too long.

I had to actually catch up for about a mile to get to Elaine. It was mostly a quiet 2nd half. The person she hoped to beat was ahead of her and she was reflecting on her own distance challenge on a hot humid run. She never really slowed down but she didn't speed up like she'd hoped. The season she had a series of strong races where she hoped to finish with a strong marathon but it wasn't that much different than the previous year which came with injuries. She appreciated the company (except when I did dumb things like chug a beer in the middle) and she appreciated the sidelines. The truth is I've never been cheered on with as much conviction as she was during that race including a tunnel of people who she had to run through to get up the last hill and she also finished with sweat and tears from that support. She rehydrated all that with something that had bit of an alcoholic bite. 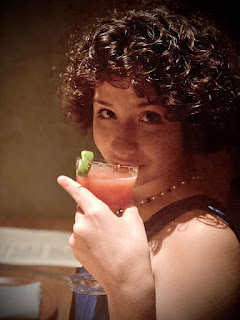 I had to work the rest of the event so I was not able to be there as fully for Kiana, Jackie, my parents or Elaine were gone before I headed home several hours later but... I kept reflecting during the quiet moments if this wasn't more meaningful in its own ways. There were no articles about any wins and really most people in or out of our household had tough races that day, not PR's. A few days later we still all celebrated continuing to the finish at a fancy restaurant, Comedor, where we shared most dishes.

And the universe went on or did it? Because March kind of fell apart fast with the corona virus (maybe this is why I was always more a XX guy or straight up tequila guy). I had a cancer trip in Tahoe cancelled shortly after a trip to Napa Valley tossed. The chips, dominoes have kept falling with the race I was supposed to start last Sunday of 25k people cancelled due to this. This extrovert who sees tons of people every day is now isolated in his own home. Every way I make income is now gone for the indefinite future if not permanently. It's funny I've survived off small but meaningful gigs but was thinking it might be time to return somehow to a meaningful workforce. I had actually applied for a couple of gigs that were looking promising and now they are both gone as they are laying people off and if and when they are ready to get going again, that's who they will be turning to. Every race, trip, and event I had planned to be a part of, was a speaker at, was an organizer of and through August is now cancelled. Kiana's school is now closed indefinitely and while once upon a time I was valedictorian of a high school class and a suma cum laude graduate, I'm struggling to keep up with a 7th grader's curriculum (I have help in the hard stuff with Elaine teaching Math and Jackie teaching science).

This is strange for the world as it should be. But for better or worse, it feels strangely familiar to me. I once couldn't drive for 3 years and was not exactly home bound in the same way but with too much pride to ask for rides, I spent a lot of time at home. I lost my job due to brain cancer issues and well, what was the point of keeping a kid in day care. I had no forseeable income. I keep hearing people refer to it as 'the end of the world' or some other armageddon reference. I have no way to know how it's going to play out but I'm intrigued. It's genuinely likely going to cost me as much as brain cancer personally and the world likely more. 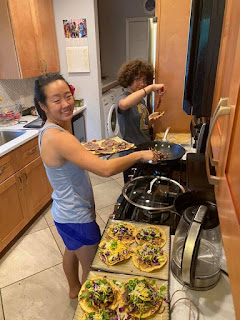 I've been thinking about it more as the apocalypse. I don't mean what the last book of the Bible is called in Spanish (apocalpsis) but I know Greek so I actually know the word. In English we translated it rather than transliterated it and called it Revelation. Technically it means the removal of a cover, the Uncovering. Brain cancer showed me once what was wrong with me, what I had that I didn't have and what I did have that I didn't. I'm not harping on some etymology that it shows who we really are no more than I think being drunk shows who you really are (it shows who you are when you don't have discipline but choosing discipline can be part of who you are). I've seen people who make jokes about how much more they like their kids or spouses or the opposite. I've seen way too much political commentary; I've seen the argument over health care and economy, about life and death, about
individualism and community. I have my opinions on all of that but this isn't the place for them. I don't know what's coming; I certainly don't want to promise or guarantee that will all end or that it will be better than it was before. The universe isn't quite that clean; this has killed thousands of people fast so for them and their loved ones, how could anyone say that? I've personally known 5 people who had this so far (they are all recovered or recovering) and someone whose grandfather passed away of this on the east coast. 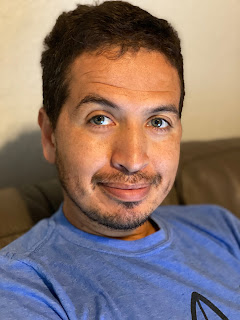 What will be uncovered about me, about my household is still too early to tell. I can tell you that some of it needed work. I moved my couches for the first time in too long and uncovered dust on the ground that badly needed to be swept up. Starting a garden for the first time took some uncovering and leveling, very little of which I helped with. Some long neglected sports equipment is getting used more as somehow PE seems to be the class I'm putting in a lot of effort into preparing for. On the 1st day of it, I was dumb enough to try to do my workout while showing Kiana hers; now I do it all to her scale after all it's her class I'm covering. Kiana has primarily been her own art teacher though this week I introduced her to wood burning (and by introduced her I mean I bought her one and showed her youtube videos).

I'm still running. I'm getting close to 700 days of continuous movement. I'm also having fun with the lack of vanity and a guy who has been clean shaven ever since hairs broke onto my face is having the longest facial hair ever. It's my way of making sure everyone is socially distant from me. Whatever gets uncovered about me, those I know, those I love, I hope we find a way to overall make it a positive revelation. What weaknesses get uncovered I hope we work on for improvement if neccessary. What strengths get uncovered I hope we focus on and utilize. What positive emotions we find, we relish, what negative ones and annoyances come on, we realize we love someone with all that they are not just despite their faults. While major holidays of 3 major religions are around this time, I don't personally think the world is about to end in 2020.  I wasn't supposed to make 40 and I'm 4 months and 1 day away today. It seems almost comical that I'm going to have to make it through the apocalypse if I'm going to make it. I hope good things are uncovered about me and that I work on the things that being uncovered about me that aren't good. I hope whichever side of it I meet you on that we're still in a good relationship.
Posted by iramjleon at 11:13 AM No comments: