F in Function and Fiction 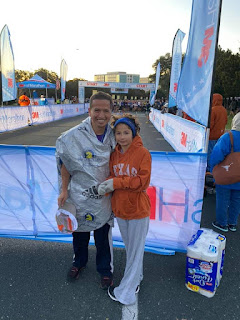 Some parts of life are fucked up. Some parts of me are fucked up. I don't just mean the obvious like the fact I have cancer with any known dietary, genetic, lifestyle or environmental component. I mean some of my tastes and passions.  The joke use to be in this blog and life was that I the fun in dysfunction and I still enjoy that attitude and that humor. What I don't want is to just keep the f in fuck and make it fiction; what I strive for is putting the f u part of that into functional.

I'm now just a little over 6 months away from making the age I wasn't suppose to hit, forty speaking of F's. 2020 vision was something my eyes weren't 'supposed' to see. New Years resolutions this year were the hardest they've ever been. I've hit every running time I've ever pursued, every running goal that had ever crossed my mine is in the past and I'm not a big fan of reruns so I'm now putting one foot in front of the other just for the run of it. The only running goal I have left is to go back and cover every race I did with a stroller next to Kiana; there is exactly one left and I hope we pull it off in November. 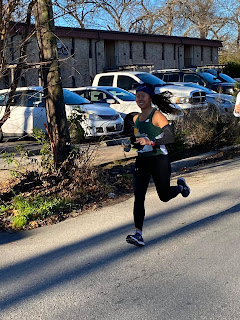 We're still running. I actually have yet to race this year. I've ran next to her as recently as two days ago where she did her 2nd half marathon and took about 2 minutes off from her first one. Since this was her first point to point race, we took a picture at the start and the finish. At the start, the person realized there was toilet paper in the picture and asked if we wanted to retake it and I said no that's part of the game. Any runner will tell you why there's such a long portapotty line right before every race. That's part of the function of the body before you go push it is to well push some other things out of it. Kiana didn't look super awake yet on this cold morning but removing the toilet paper would have been more fictional.


Afterwards she was talking about how much she hurt and I reminded her that if you do it right, it's supposed to hurt. Elaine was doing the same race and she Pr'ed by 7 minutes, a faster time than I've ever hit on that course. She did this after struggling with confidence due to an injury. And she nailed it and then afterwards because some allergy causers are at the highest they have been in 25 years, she napped with conviction. We also didn't see her at the start because talking of pissing and moaning she almost didn't make it due to that starting line. Is it called an adrenaline rush or just kind of a shit show if that's why you're hurrying to get to the start line? 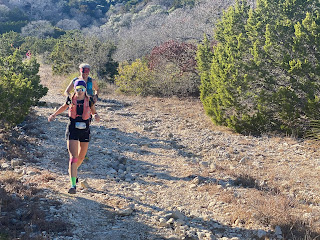 A week before, we were out crewing and pacing the latest staple in our house, Jackie, through her first 100 km race. When she got to the aid stop she would point somewhere and Elaine would use the massage gun and Kiana was refilling her water bottles and giving her the nutrition of choice which was vegan. She had made a special vegan meal for us as a thank you (is that really thank you?!? do vegans actually live longer or does it just seem longer?) and we had some sparkling wine and code names to celebrate. (For those of you who are wondering what code names is, it's a cooperative board game where I have fun with double entendres). All 4 of us have played it and they all seem to communicate better with each other than I do with any of them. Speaking of cooperative, the one thought I had when Jackie was getting massaged and fed in the middle of a race by Elaine and Kiana that I did not share was, wait they're never this nice to me in the middle or after a race. I did not bring that up. Afterwards, we took Jackie to the nurse to deal with some toe issues and well anyone with a toe fetish is not going to have a successful relationship with her.

I'm not known for being a super clean cut guy. That's been helpful as Kiana hits jr high and we have conversations on different levels about things like sexuality and relationships. Last night we revisited the ones where I first told her about sex and made it more age appropriate (it was based on her sharing things in 3rd grade with a neighbor about how a relative had gotten pregnant just by hanging out). I have not made it about the adage that I got about waiting till you got married; I know a few people who pulled that off successfully but for a gigantic percentage of my friends and family it mostly led to ignorance and/or a lot of guilt. I've told her that it's something she should put off until she's an adult and that it be about a deep and meaningful connection that is not easily shared. We'll see in due time how all that pans out. 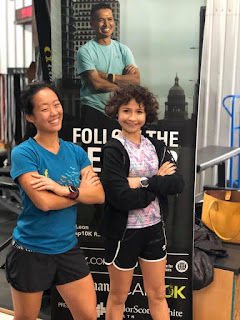 If you're wondering where this is coming from, well I have a TV interview today at 1:30 and a media shoot coming up soon. I also have a speech in February and another one in March. I am also currently on ads and posters as the ambassador for the biggest 10k in the state. (I did love how Kiana and Elaine made fun of that poster by trying to replicate the stance). A cursory reading of this blog shows you I've never tried to sell an image. Lunch with two of my great friends last week who call me out on stuff said that one of the things they appreciate me is that for all the odd things in life I appropriate, I don't try to hide them. There are some things like the toilet paper remark above where they're only implied and less explicitly but I don't try to pretend like I don't go to the bathroom. And while I still haven't quite got to where I'm never going to fully share many details to anyone like how my bed recently broke or with Kiana about the George Clooney days, I'm never going to lie about any it to anyone. It's part of reality that I do and did give a fuck.

The speeches that are coming up are to two very different audiences though both are cancer based not running based. One doesn't quite have a title yet but they're both based around hope and despite the foray into a few others in today's blog, hope is my constant 4 letter word. But that's a spirit with simplicity and at different ages and stages of the cancer world, the practicality of it varies. One speech essentially flows around the idea that "hope is not a strategy" and the other revolves around the idea of "What to Hope For." Appropriately enough both of those phrases are 'plagiarized' from people who I love and run with.

Anyway, this blog has always been about how I deal with cancer and life changes in the raw. With the cameras they'll work on the lighting and the editing. With the speeches I'll work on the revising and amending and proper humor delivery. But here there is no backspaces, no checking for typos, it's accepting that some of my f'ed upness is entirely by choice. I hope here and in the best relationships I am always able to not be fictional but trying to channel anger, sadness, occasionally despair into fuel for the fire to be functional.
Posted by iramjleon at 7:19 AM 2 comments: