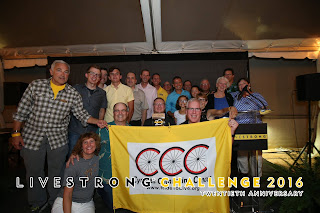 I am not sure I'll ever quite balance my skeptical side and my hopeful side. My hedges are always on the skeptical side but my hopeful side somehow has been kind enough to keep over riding reality to be greater than any expectations. The Livestrong challenge weekend was definitely one full of hope.

Just a few days ago, it was a chance to once again do the Livestrong Challenge. It would be my 6th but this time, this time it was different. The other times I'd ridden a century, one hundred miles, sections with people but never the entirety with anyone. This time, I'd been training a young lady, Kiana Leon, the daughter the Universe was kind enough to let me stick around to raise after cancer to do her first ride. She would be doing 20 miles, the longest ride of her 9 year old life. This one would be the first one where my parents would be there for the ride (they visit a lot more since Kiana was born but somehow rarely when she's not around... I can't quite figure out why).  I love that an organization that helps people deal with the mortality reality that comes with cancer, sometimes with death itself labels itself Livestrong. Furthermore that they call their event 'the challenge' because they have helped me and many Challenge our limits. 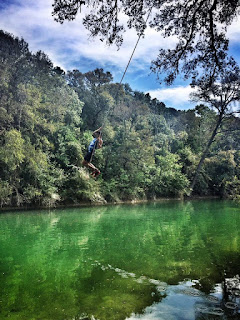 While it was my 6th, it was the Livestrong Ride's 20th anniversary. It was just a coincidence that this was the one that I was riding 20 miles with Kiana or was it? It was the first time Kiana would make a fundraising dinner because while she had made a goal of $500 of fundraising, she had broken $600. I had family there, friends, people I loved to my side, directly across the table and all over the room; people who had come to life irregardless of a disease and high on that priority list of my most important value, showing up and working on the relationships I want to keep. They are friends who I'd met through cancer but the connection was deeper than any disease no matter how invasive; light always wins over darkness.

Before I get too far into the weekend, before the formalities of dinner, I'd taken the early arrivals to enjoy the pleasure of their company. I'd shown them some of the best parts of my town from formal things to the things that help keep Austin weird to even taking them to the swing that takes you into the river. There were meals with friends literally that I had met and had meals with from coast to coast and everywhere in between, Seattle, St. George, New Hampshire, DC and we reconnected. No 'reconnecting' is not the right description, we simply got to enjoy the connection in person. 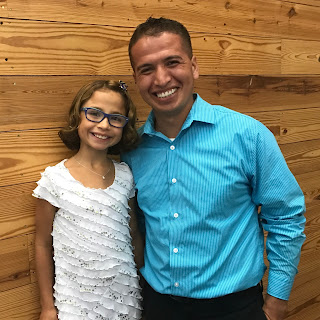 But there at the formal dinner, while I had relationships of every level all around me, my eyes were primarily on Kiana during the speeches and videos. I wondered whether this was ever my best move with her being the only child. She sat and watched it all including videos we were in of people in treatment, in pain. She listened to people talk about how they took too long to share their stories from the CEO and President of the Organization, about how in trying to protect others they had damaged themselves and their relationship but they were glad they had stepped up. Not only that they were now advocates people who had helped people like me who started the same way to step into a lane with a solid pace about realizing that life, worry about death, vulnerability like the air we breathe is meant to be shared. I was impressed by the discipline Kiana showed as she watched people talk about their stories including people sharing stories about people who cancer had taken like children, spouses. I'd grab her hand often or rub her back as reassurance. She'd squeeze back or look up and I'm not sure in those moments who was reassuring who. 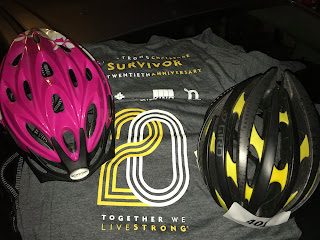 Perhaps because I don't know how to sit still but I like to think it's that no matter where life takes you it's good to stay connected with people who were there when things went right and wrong. I got up the next morning to run a 5k, taking 3rd in it. From there I'd go play ultimate frisbee with friends who had given me rides once upon a time. From there I'd go have lunch with my team, the Cyclists Combating Cancer who coincidentally had been the top fundraising team, then a happy hour with the Livestrong leaders, then another meal with my parents before getting everything ready to go in the car. Good food and good company all weekend and it seemed so fast and I couldn't seem to take enough of it in. But as I loaded up the car with 2 bikes and helmets and everything for the morning, I couldn't help but think,  I wouldn't have bet on this day coming. I thank Life for the blessings that help me believe the unbelievable, receive the inconceivable, and see beyond my wildest imagination. I thought well I'll get a good night's rest but my dream life is while I'm awake. 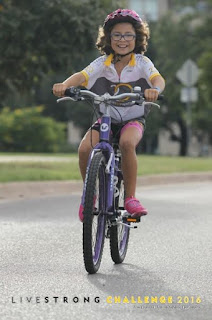 So Kiana and I got ready to ride the next morning. As we did there'd be friends who were from so many places and phases and were they hugged with conviction. People from running who I'd met before cancer, people who I'd met after because of it, friends from Beaumont where I won the marathon, from Canada, from Michigan. It was Kiana's time meeting many of them for the first time and we both rolled our eyes at each other appropriately when someone told us how great the other one was with me ribbing about how she's jealous of her dad's coolness and her saying she helped pick out my outfit. We got ready to ride 20 miles which started with a serious uphill. Kiana never blinked, never stopped and despite several people passing us because of their larger bikes and general people size, anyone who addressed her was with a word of encouragement. I did my first Livestrong ride on my own a few years back but my company sure had improved on this one. Even it was a tough up hill to start several miles, turns out the right company keeps you focused on far more than the hill in front of you. We'd only step briefly at the power stop to take in some water and calories and perhaps because we knew we were on our way home, perhaps because it was more than downhill we powered it in. She finished smiling and I finished with the biggest smile of any challenge I've yet to have. Cancer has brought many 4 letter words to mind but it was nice to ride with my favorite word on two separate banners, HOPE. Hope was my only 4 letter word that day. 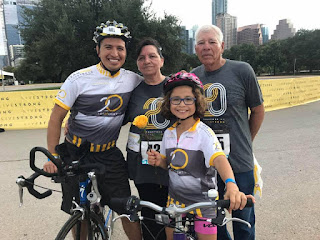 My parents had done the 5k while we were done and they were there waiting. I'm pretty competitive so I hate conceding losses but if there's anyone who hugs Kiana with more conviction than me, it's  her grandparents. I tried to copy their style of hugging her into hugging them. There may come a day where our best days are behind us but as 3 generations sat there loving each other and in love with life resting from their adventure, rest assured that day was not on Livestrong's 20th anniversary. 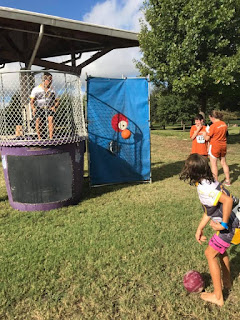 However, resting can only be handled for a few moments by a 9 year old with Kiana's energy so it wasn't long before we were cheering friends in or hearing about their bike ride or 5k. Kiana's new found friend who had sent her arts and craft was the one who gave us the survivor rose. Survivorship in this family is shared. Nanny who without legs had skateboarded the 5k became one more person who Kiana learned to share it with. Like any good party, after the formalities of the ride and the conversations about how things have grown as Livestrong has grown up, we went back to the shaningans of birthday parties. Kiana turns out has a decent throw and got me in the dunk tank on her 2nd throw. She would try it successfully a few more times just to make sure that I was appropriately cooled off and cleaned after the ride and testing that new iPhone waterproofness.

At the Friday night dinner, they had shown a new video of the Livestrong manifesto. During the video process, we had all read it all and I'm not sure how they chose which lines to highlight in the video. I wonder if the ones that I got to say were the ones I said with the most conviction because life has been kind enough to let me live them out. "We believe in energy channelled and fierce... unity is strength.... you're in the fight of your life... we're about the hard stuff...take no prisoners... this is Livestrong" I'd watch it again Sunday night after putting Kiana to bed. It felt like it was first time after the ride since the first time I'd primarily been watching Kiana watch it.

After a few good snacks and a few more hugs, we said goodbye, no see you later to some of those good friends and my parents as we headed back to each of our homes. But I just kept thinking Kiana's 9, I'm not even at 6 years of my cancerversary, what I've always called Life Part II. The Livestrong Challenge was just celebrating turning 20. By any standard those are all pretty young. I wasn't sure I'd even get here but that day made me believe or at least dream that we're still just getting started let's see what destiny keeps manifesting itself. 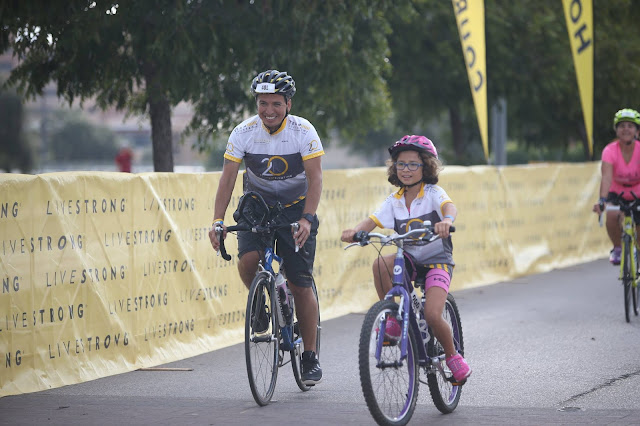 Posted by iramjleon at 2:53 AM No comments: