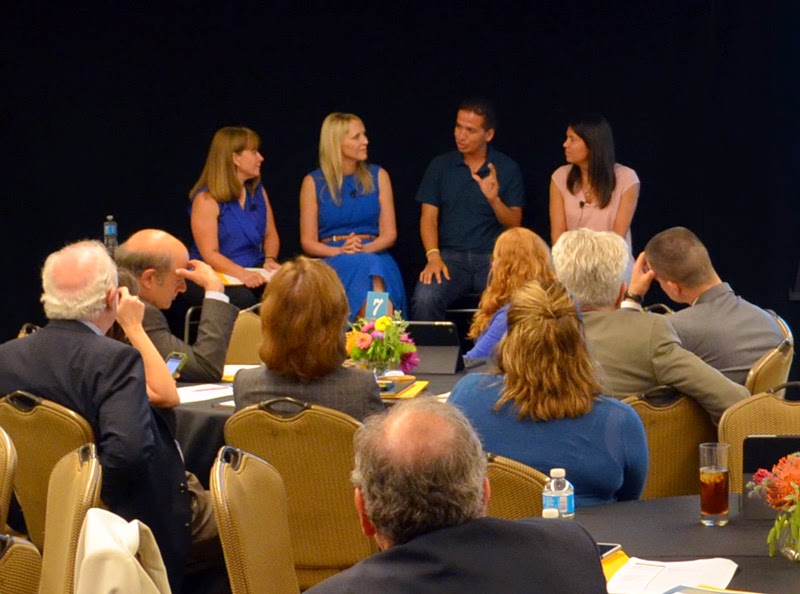 Maya Angelou once wrote "The need for change bulldozed a road down the center of my mind."  A woman known for many soft and hard words, that was the quote that couldn't quite escape me as I had the privilege of attending and sharing my story at Livestrong's Patient Centered Cancer Care Symposium.

For two days, there would be brilliant minds from doctors talking about new approaches in medicine to designers talking about the music centered teenage branch of hospitals about how to make the approach to cancer more "patient centered". The life stories of the speakers alone told you both about their personal history and the projects' potential. From the openers like Tom Kean who was retired and still dedicating himself at age 72 to help out with this cancer cause even after achieving some impressive awards to people like Randall Carter of Planetree and Ellen Beckford whose brains are much better me and whose selling point was somehow a great balance of both evidence and compassion, they shared bits of information of how the system could be much better.

But their characters were also revealed in that these guys here had turned down other "high power" positions to be the new dean of the UT medical school, to guys who had helped the YMCA become more family centered in tough communities in simple examples where people who had been randomly thrown together had suddenly joined to become a singular team the next season (though they would lose every single game definitely found one big definition of winning). The anecdotes would continue as they shared pictures big and large of how costs mattered at the macro scale (talking about projects that costs more money than I can imagine) to little things about why hospital gowns could change from design (there are medical procedures where your backside is irrelevant but for some reason the gowns are still one size fits all) to letting people pick out colors (raising a little girl, trust me this make a difference). The mission and respect they had with each other showed both in how they paid attention to each other when in agreement and how they learned in discussion and debate while in panel and table discussions.

From my perspective, there was an echo of a blog I wrote long ago (http://pickingupahitchhiker.blogspot.com/2011/01/split-check.html) about how a restaurant should be created where everyone got separate bills from the waiter, janitor, cook etc with undecipherable explanations. A speaker shared that it was amusing that this conversation was even being had since there was no restaurant where they would try to have a customer centered experience. What was the norm in most industries had a long way to go in health care. But even he conceded that he wished he had been invited to a hypertension patient centered care forum since cancer was much more complicated.

My invitation came to  share because of some of the best and worst parts of the story were relevant. I've long said that the only thing I cared about when this all started was the medical stuff and the financial things. Luckily for me, Livestrong was there at the beginning and while the seeds they planted would not get appropriate nurture for me initially. While that would delay in coming to fruiting, some of the very things that do matter as a chronic patient matter would come to matte  a lot more to me like  how it affects family, emotions, caretakers.

I shared my story about how I "fired" my original set of doctors and picked new ones because those first set didn't seem to care that the first set of anti seizure medications made me feel so much less of my personality (what's the point of healing if you lose so much of who you are?). They were fired because they wanted me to stop running but it turned out it was maybe because they weren't athletes themselves (a mystery to me that there are doctors who don't work out). For me, this had started in the emergency room for me with a cancer that has no known dietary, genetic, lifestyle or environmental component but I am glad that I learned the lesson early on that despite my cancer being a random draw, my choice of doctors didn't have to be. 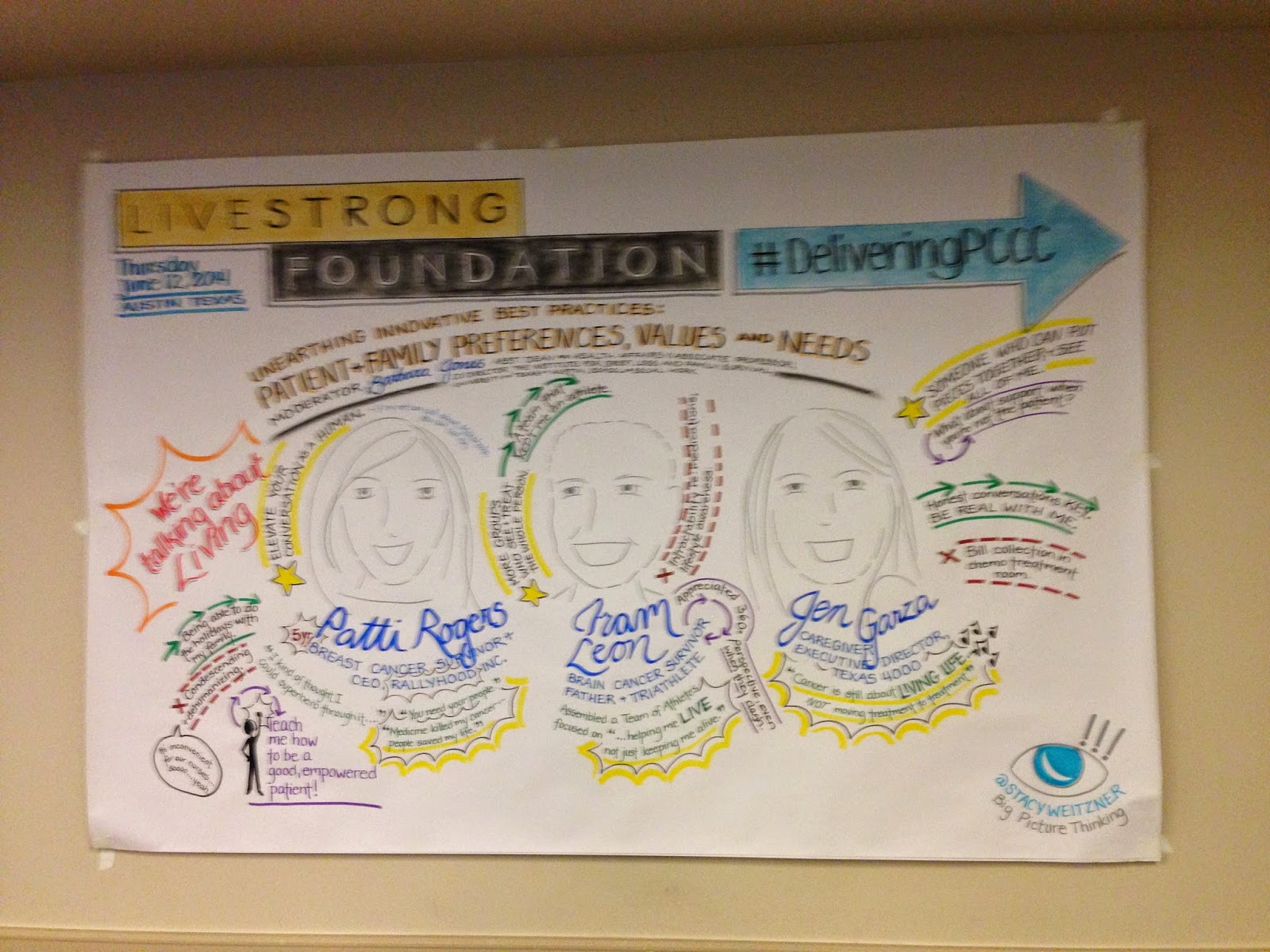 Our was a panel discussion where the three women I shared the stage with where all out of my league. The moderator was a professor at the University of Texas, Dr. Barbara Jones (Unfortunately, I forgot to start a debate about whether Ph.D's or Md's were the real doctors). The two women on the panel were both CEO's of Rallyhood INC and the Texas 4000. My speaking and sitting point was in between them and I'm not sure I've ever been surrounded by that much brilliance. As Patti, a 5 year cancer survivor, shared her story of she she found out about her breast cancer on Halloween while dressed as batwoman and her husband as batmen, she talked about both the good and the bad and the ugly . She also shared some of the humorous tidbits that are somehow best understood by those of us who sit in machines and take in chemicals. Somehow it's in those moments where you realize that being a patient is the loneliest thing and somehow still where you most appreciate friends and family. But she shared what definitely has to be one of the best breast cancer tshirts out there: of course these are fake, my real ones tried to kill me. 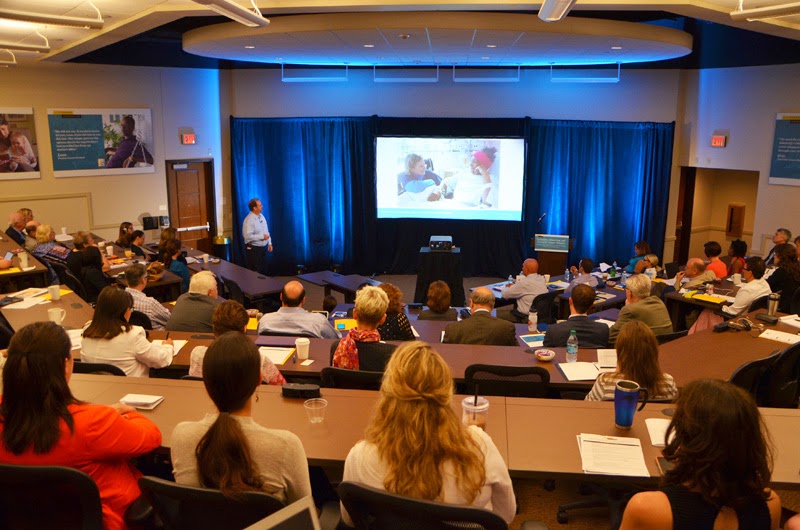 Jen Garza who chose to spend her birthday in this panel would talk about how she met the love of her life and married him late in the cancer process. She shared some of the most touching and ugliest moment (perhaps the ugliest moment I heard about was someone showing up with a bill in the middle of a rough treatment session). She talked with an affection that was soft and kind and showed love really does have a capacity to break down some serious walls and overcome some odds. She talked about how we cling to humanity like when Ruben would not take music during treatment since he didn't want music ruined. She walked around sharing how they would leave hospice care to be able to go to concerts and how she got a doctor who told them when they had 3 days at best (it would be only one) who was also at the symposium. It showed the doctor was ahead of his time then and now that the approach hadn't changed.

We had a question and an answer time where I shared a bit of my story about the running parts I got right and the relationships ones I got wrong and I answered an awkward question about marriage about how I got to change my approach to relationships after cancer with some guidance. It was a candid painful answer to give of how long it took to realize that cancer was affecting a lot more than my left temporal lobe. 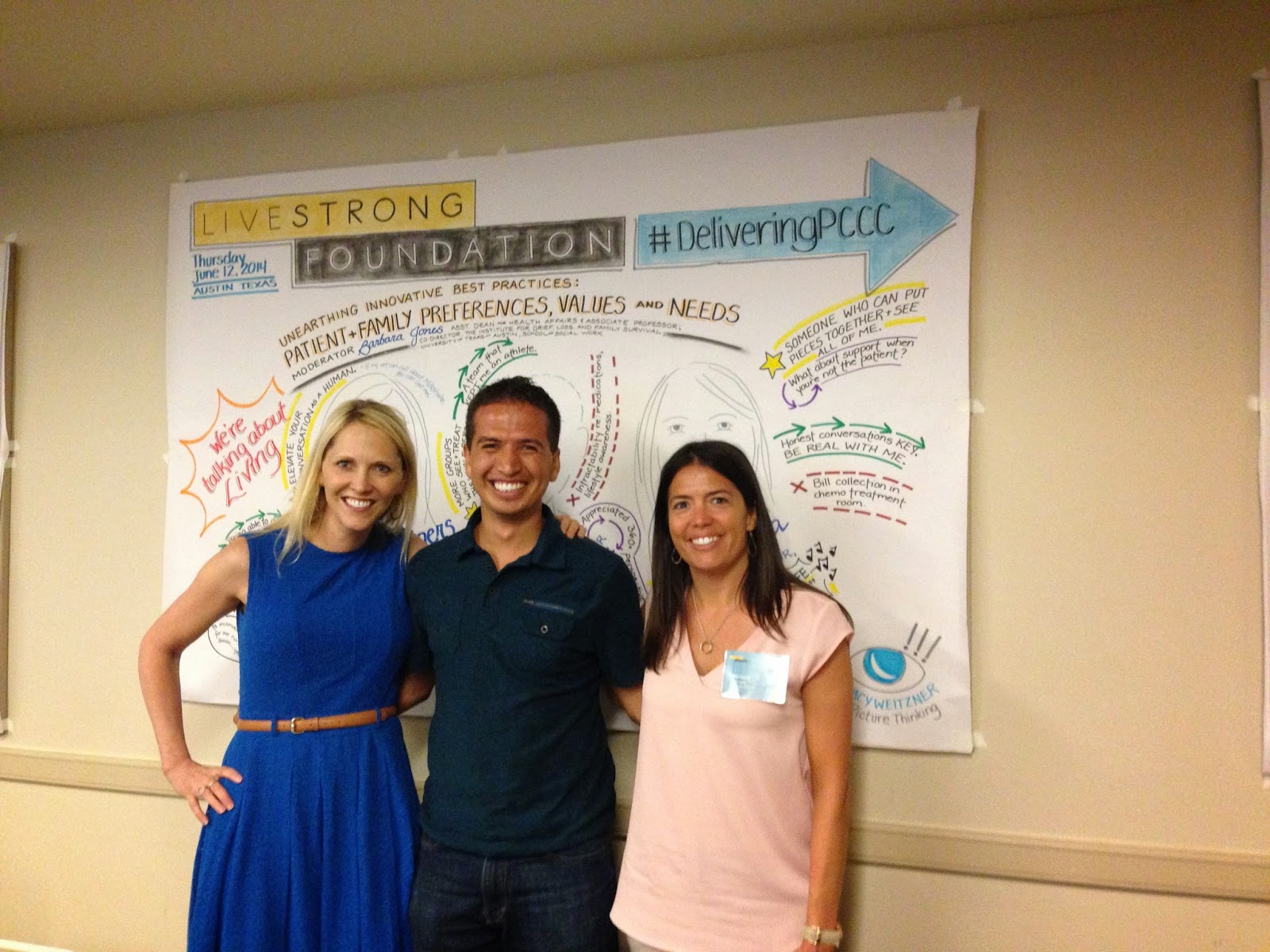 Throughout our presentation and others, there were human moments. There's only so "professional" you can be when you're talking about things wrong in your blood and your anus and your breasts and your brain. There was a woman at the back catching the humanity in the back with drawings of the presentations. There was a photographer who not long after I met her gave me a hard time about the fact that I was the only one speaking who there were two posters of on the wall (she said, "don't worry any pictures I get of you, I'll try to make sure you have a double chin in them, she was much cuter than me so I should have been taking pictures of her). There were people sharing beating odds and still standing much longer than expected and others who described lost battles to cancer. The second day was a breakout where we were told to design centers and while in each center there were 3 different groups for a total of six (health care providers, hospital administrators, insurances etc), in both rooms only one group came out of each, showing a merging of minds, heart and effort.

Out of all the presentations, the three of us were the only ones that received a standing ovation. You could say it was our creativity, or our honesty, or the ladies' charming good looks. But I think it was because the attendees where there where focused on that the best part of present and future care is patient centered. So if you come in with the mentality that the patients are human and thus the center, how could they not stand up and applaud? I attend enough medical appointments to know that the model there is not quite normal enough but the people in that room gave me hope that the change will be something they bulldoze to get to the right center.