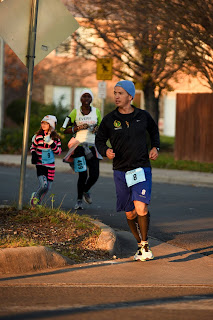 For a guy known for running long distances, I'll tell you a small secret, I haven't done a half marathon since last January. I did two in January 2015.  I won one and one was my slowest one but I got lost in both. Spatial orientation doesn't exist in my brain... I'd try to explain it to you but think of some things in life that you're not capable of no matter how hard you try and it's kind of like that. While I'm a fan of positive attitude, little phrases like, "with the right attitude, you can do anything" is at best idealistic but generally naive. Attitude changes and potentially improves us all but it doesn't make us omnipotent... 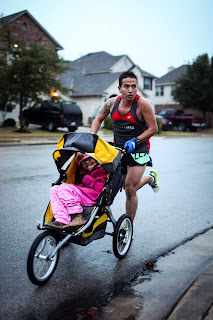 Still, it's that attitude that I think helps me keep going. The first half marathon I did at the Rogue Distance Festival last year, I won and it got some media coverage.  This year I did it and Kiana and both of my parents all got their PRs and everyone of them got 3rd in their age group! Kiana got it under 57 minutes, almost a 4 minute PR from her first one back in August. But that was awesome (almost expected with that kid's heart) but I was intrigued/reprimanded when the official race pictures came out. Apparently people think that when I run a race now with Kiana that I should be next to her. That is true a fair share of the time but anytime there's a turn coming where things aren't clear, I'm ahead of her. Somehow when I was doing it with her in a stroller that was more commendable, on the road, people have thought I was hurrying her up. I think it echoes the spirit that is captured in that tattoo of mine. The lion isn't looking down at the lion cub, it's looking out in the distance. Looking out for someone in my book means exactly that, looking out for them.

Still, I long have joked that if Kiana becomes a brain surgeon this whole brain cancer thing will be totally worth it. In simple frankness, if she become a janitor or a rocket scientist, a teacher or a housewife, if she does it honestly and ethically and I hope is always watching out for others. But I was intrigued that for her science project this year, she chose to do a project she called A-MAZE-ing Gerbil. She put together a maze for a gerbil to get through. She thought that with time and effort, it would make less errors at getting lost and get faster at going through it with a reward at the end. 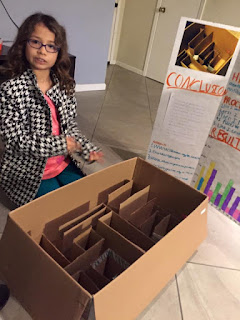 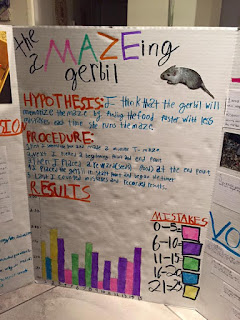 Like far too many things at school, everyone who turns one in "places." I'm not a fan of these things (I'm okay with participant medals look at how many races I do!) but somehow despite many many projects, most people get 3rd, some get 2nd and 1 gets 1st. This is essentially I think calling them 2nd and 3rd tier projects and one the winner. Last  year when she did her project I was proud of her but, each parent has their own philosophy but didn't make much of a "2nd place metal." This year the project was much more elaborate. Her theory ended up being validated on the errors, the gerbils error did end up making less mistakes each time (defined as actually making the turn) but it turned out the time didn't seem to correlate, sometimes it took slower even as it made less mistakes.

A person or two close to my heart wondered out loud to me on how she chose the topic since she's been next to me or in front of me in a stroller when I've gotten lost. Let me clear, I had exactly nothing to do with her choice of project or how she carried it out but I couldn't help but be intrigued because when I asked her why she had picked this she answered "It's because the Gerbil has a brain that's more like humans than mice or rats." I wanted to ask more but instead we just went through her practice round. I guess it must have gone very well a couple of days later because last night when they announced results, she was the first place winner (the only one) in third grade and gets to advance to the regional competition next month! People are kind enough to think that has something to do with me but I won exactly zero science competitions in my life. If anything you can tell that it's all in her handwriting. As I looked at other projects, long before the results, which had clearly been typed out and made with much fancier graph with either fantastically intelligent young 'uns (or more than likely done by their parents), I was glad that she had done it all by hand if for no other reason than that she'll be able to look at her own development in time.

I get heckled by the fact I don't focus on one specific thing. If you focused on Spartans/marathon/the mile/cross fit/trail running instead of doing it all you'd be way better. And yes, yes I would but I'd be better at that. I currently don't know anyone who could beat me at all those things and I'd rather have more experiences. Plus the questions are always "Can I keep running and am I fit to raise a kid, one's how I get through the day and the other one is why." I've got no apologies for that my focus on the why is a bigger deal. And when the kid shows up with straight A's and perfect attendance for the entire first semester and is glowing about it more than me, I think I'm focused on the most important gift the universe has handed me. She came home today after having thrown up and hadn't been home two hours when she asked if she could return... I called the school nurse and asked her teacher and she did. I don't know where she gets that kind of work ethic or focus from. (With that said, I told her school that my job was to watch out for this kid and theirs was to watch out for all the kids so if they called back because they thought she was contagious etc, I lived a block away).

But not overprotecting everyone because of one injury here and there, in my view, is how humanity got ahead. A friend of mine who sees my approach to life joked how in the ancient days he would have been a gatherer and I would have been a hunter. I thought I'd be in the minority when a proposal was brought up to get rid of the monkey bars because a child had fallen and broken their arm. I was the first to argue against it and thought I'd be in the minority but one by one each parent backed me, no backed the monkey bars up and that life comes with risk.  The teacher that deals with kids with developmental problems, the very definition of kids who aren't all there, also backed up the monkey bars.The PTA president talked about how her child had ended up in the MRI trauma center from being knocked off the bench on the playground where likely the safest place shy of the ground and then she added that we should keep the monkey bars (there have been people I talk into their first road race, others into their first Spartan but she's the first who did her first half marathon at my encouragement and is now doing her first Spartan). This is why I have faith in humanity, why as MLK said that human salvation lies in the hands of the creatively maladjusted. 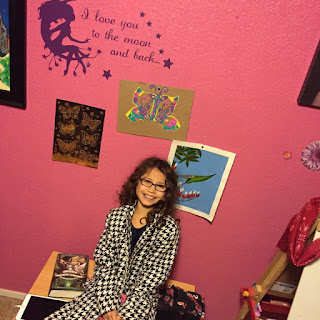 And I hope/think Kiana will be among those. We keep going and recently on a trail run, the exact trail she had taken her worse fall on ever, she said, running trail was her favorite. I reminded her that and said you say that not but the last time we were here you fell very hard and cried for a while so we'll see if that's still your attitude after another fall like that. We were about 2.75 miles where she took another serious stumble onto a rock and started crying, I hugged her and she looked up and said, "it's still my favorite." That was a couple of weeks ago but when we were doing hill repeats Wednesday she asked if we could go there again next Monday. Looks like I know at least a few other hunters that even if takes a while or the time factor is unpredictable they make less mistakes as they chase their reward. Kiana comes from the name of the Hawaiian moon goddess so I always tell her I love her to the moon and back so perhaps I'm under selling. So many of her decorations in her room, entirely of her choosing are things that take flight so maybe she'll be hunting further than I could ever dream of even if it comes with some stumples up a hill. 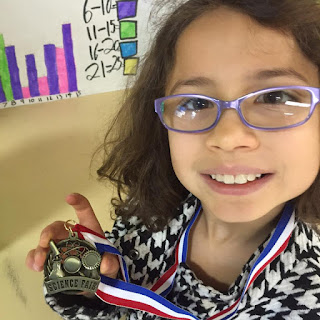 So I've long said that in regards to Kiana and I it's unclear sure whose raising who here. I started with a conversation about the two half marathons I started last year with, both of which I got lost. The first one I won, it helped I only made one wrong turn. The second one I made several wrong turns and ended up getting my slowest "half" ever. I've had courses that were short and long and where the leader making a wrong turn ended up leading a few of us stray. But the official rules of USATF are that it's the runner's job to know the course so, even with a damaged memory and no spatial orientation, I study them and if something goes wrong, I've never blamed anyone but me. So the Miracle Match Marathon, which bills itself as the toughest race in Texas, no bull, I'm going back to. Each time I've done it with Kiana, something also covered in a video of the course because it has a quarter mile of stairs near the finish but this year it'll be the first race I do on my own. She won her grade in the science fair and this is the steepest grade road race I've ever done so let's see if I can't do it at the fastest pace I've ever done up that grade. Like the gerbil, I hope to make less wrong turns having learned from mistakes as I go after the reward. But here's hoping I can make Kiana proud and show this human brain is a little bit better than a gerbil brain do it at a consistently faster time.