Saw that it was good

We live in an age where far too much is supposed to be epic, awesome, incredible, life changing, inspirational. Anyone whose life is that big of adventures journey, let's just say I'm jealous and not quite sure how anyone could handle that and not be constantly exhausted.

But speaking along big important lines, it is around this time of year that Kiana and I hang up an ornament representing the most important event of the year. It has gotten tougher and tougher over the last few years. This isn't because some of them have had rough spots, they absolutely have but it's because while once in a while there may be a night with no stars, there's never a full year of those types of nights. So our little tradition of hanging up an ornament is sometimes a clear outlying beacon and sometimes it's harder than others because there's too many stars in Orion and you need all parts of it to make the constellation come together.

I can say with certainty that 2016 was the best year of my life; that may seem a bit of old stale statement when I've made it when I'm about to make it for 3rd year in a row, never before having even done it two years in a row. I like to think I'm not prone to exaggeration neither forward nor backward. And I certainly don't spend a whole lot of time looking backwards neither while running or living since it's a bit of an absurd principle to trip on what's behind you if you want to keep going in the right direction. In races anyone who ever looks back at me, the chances that they are going to beat me decrease dramatically. In cancer, I run to try to keep the grim reaper behind me but you better believe I'm never giving him any confidence boost by checking out how close he is. There have been times where I was hoping he was tasting how my dust tastes but my hope these days, and there's no such thing as false hope, is that I've left him far enough behind that the dust between us has settled for a little while. 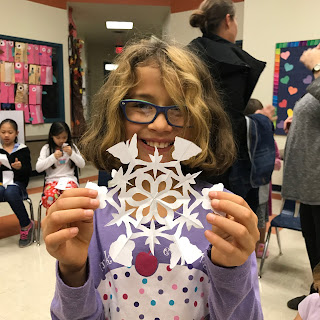 So when you've had a year where you struggled to pick pictures for your holiday card and there you had 5 places to work with, what do you pick as the ornament?!? I got to go to two world wonders. I pr'ed in the marathon and won a 5k, a 10k, a half, and multiple relays. I got to be part of March Madness. Kiana has kept straight A's and perfect attendance all year, learned to play chess, won the science fair at the District level. We got out of debt. I did the beer mile as Bond, James Bond. My family trifecta'd in the Spartan with me. The MRI's are still stable and past a six year mark. I learned my heart has more room than anyone including myself believe. It turns out Kiana's continues to show that because she learned to ride a bicycle this year and cruised up and down hills for 20 miles. Which one of those is the biggest, 2016's North Star? And once you've picked one, how do you represent it when you want it to be unique like a snowflake? 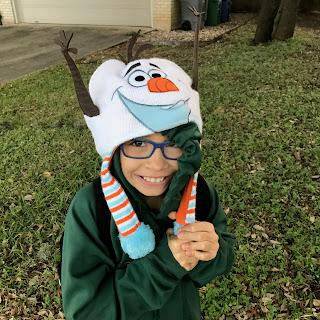 It's also a time where we wish each other a Happy (insert appropriate religious festival here from Hannukah to Christmas to Festivus etc). Me and my next door neighbor joked with each other Happy December to make sure we don't offend the other (in total honesty if someone wishes you a happy anything even if it's not accurate, I try to take it in stride. I mean if someone wished me a happy birthday on any day besides 8/8 I'd be glad they cared enough to share happiness not that they were not 100% correct on the details). So in the best and happiest year of my life, I tried to think about what brought the most happiness to the Leon household and oddly enough the answer came, like so many good things in life, from the right connection. Kiana has got a bit of an obsession with acorns and pine cones, like the dog in Up with "SQUIRREL" she picks them up inspects them and takes joy every time she sees one lights up and says ACORN! This girl has gotten to see the lights of New York, the rides of Disney, the Golden Gate Bridge, the Texas Capitol. But a simple acorn still gets her to beam and I love it. It is perhaps why children's movies like Frozen capture the reality of the little girl who sings karaoke and we make up songs about acorns and butterflies and flowers and daily life, some people are in fact worth melting for.


Because in a world where everything is supposed to be epic, I love the Genesis creation where the  story of the creator of the universe does it 'saw all that he had made, and it was good. And there was evening, and there was morning." The Guy makes the entire universe and knows thats what he's supposed to do in a days work but knows the way to describe it is nothing more grandiose than it was good. Another major religion the one who retroactively placed Jesus birthday on December 25th on a  probably connection to Hannukah or Pagan Holidays, says redemption comes from someone whose birth was considered possibly illegitimate who grew up to be a homeless preacher who hung out with the poor and unhealthy is now celebrating with hymns about Him. If that seems to preachy, let me quote that more modern theologian, Gandalf from the books of Tolkien, 'Some believe it is only great power that can hold evil in check, but that is not what I have found. It is the small everyday deeds of ordinary folk that keep the darkness at bay. Small acts of kindness and love.' I've gotten to meet serious politicians, world record holders, amazing accomplishment but for many of them just as me, it's a connection to a good human or two that motivates us to do those good things. 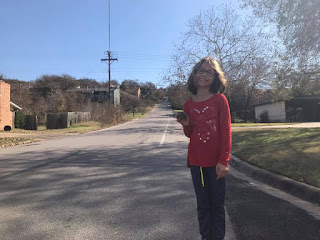 Look I am a fan of 'epic' things, elite standards. It's why I run an arbitrary distance called a marathon at an arbitrary speed to qualify for Boston. It's why I sign Kiana and I up for adventures that are titled 'challenges,' others where at the end I'm proclaimed a 'beast.' But through it all, in the year that had so many of those, I love that Kiana still noticed acorns and saw that they were good. There's a steep steep hill here in Austin, called Wilke. I've done it many times, first as part of runs, then once as repeats with a stroller to see if I could handle the steepest marathon in Texas with a stroller. But yesterday, just yesterday, for the first time ever, I ran it side by side at Kiana's speed. She got to pick the speed and she got to pick the number of repeats (4). I did twice as many as her when she was done (8) while she sat and cheered me on. I reflected back on each of those and just couldn't think that all of this has helped my heart grow but we're only at two steps from the first Wilke repeat and didn't the Grinch's heart grow 3 sizes so looks like maybe I've still got room left to grow.

Still, when we got to the bottom of the hill after it was done she noticed a bunch of acorns on the ground and literally grabbed them by the dozen. I am a fan of both the discipline approach in running and materialism so I told her she could only take one home. Somewhere she's realized that life lets you bargain and I'm okay with her questioning authority (including mine) so she ended up with two and we were both smiling as she got them back as she entered in the car. 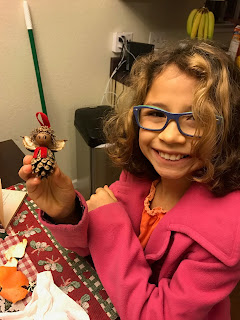 So when tomorrow comes we'll be hanging out with my parents who just celebrated their 30th anniversary. We'll be hanging out with my grandparents who are over 60 years of being married. I'll have both of my brothers and my nephews and nieces and cousins and uncles. We'll have some tamales to unwrap and a few hugs to give. But in the middle of it all, I'll take a short short moment to hang up an ornament that someone who is a saint, someone who noticed Kiana's enchantment and turned a pine cone into an angel and it will represent what will be the best part of the best year of our life. That even among epic, awesome adventures we still notice that its the little things that make us see that life is good.
Posted by iramjleon at 1:20 PM