What The Wise Men Tell Us 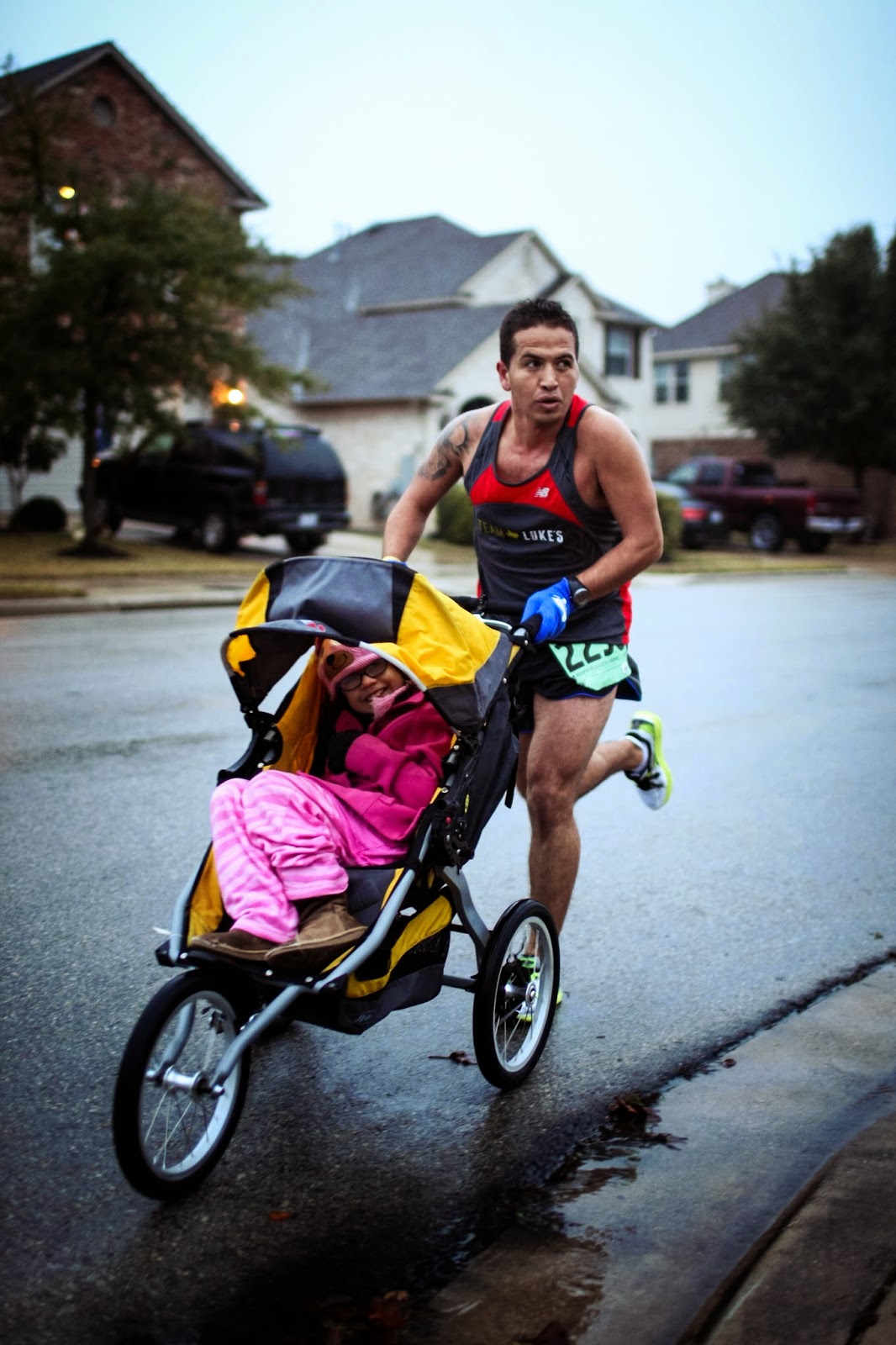 My friend Matt calls the various media that comes out about me the J-Wire. The half marathon win got blogged about by a fitness writer who has become a friend and whose writing a piece that will come out about me in the runner's world website. The rogue distance festival course was one that went through lots of neighborhoods with tons of turns in moisture where Kiana's smiling despite being cold and I look intensely confused or confusedly intense. As I've sat here and struggled over how happy to be over the last few days since the half marathon win because to me it feels like an asterisk win since I made a couple of wrong turns even I did end up doing greater than the expected distance... Just for the record the nearly 14 miles is from my watch and there's been no half where I've gotten 13.1. There's what we call a garmin bonus as the GPS watch is never exactly what the race is, always a little extra (courses are supposed to have a little bonus and to get it exactly you'd have to do the tangents perfectly). 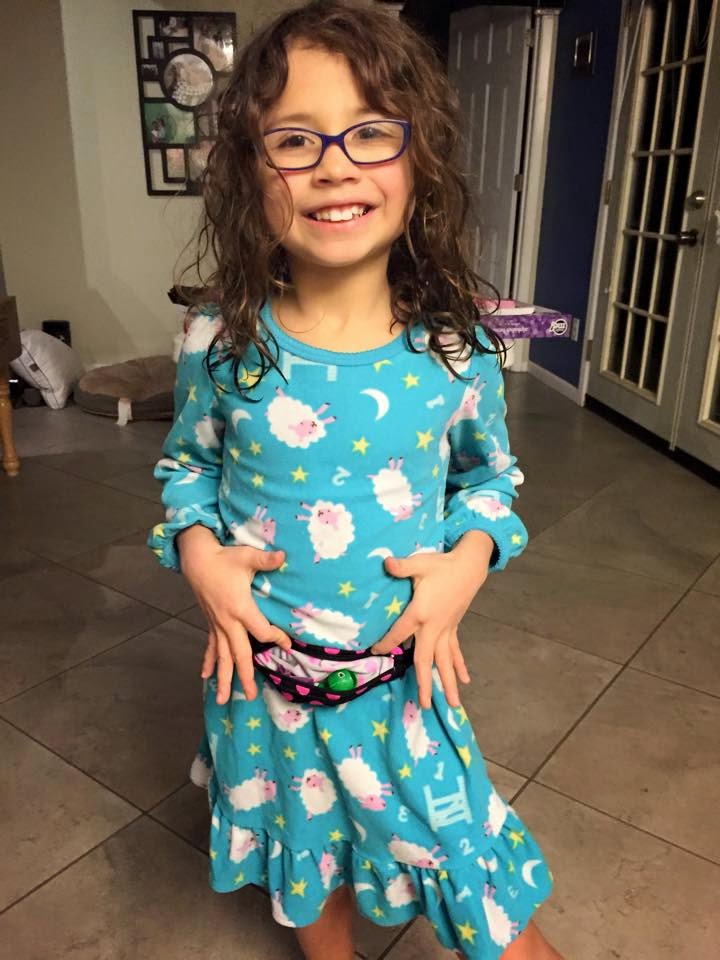 It may sound strange but I am just as if not more proud of the 10th place with a 1:23 on a tough course last month than the win this month with a 1:26 because of that having gotten lost asterisk. But as someone intelligently pointed out in a way that finally helped me accept it a little easier was there a point that I ever thought about quitting or slowing down, in fact when I'd figure out the right direction I ran harder after having checked in because I didn't want Kiana to miss her kid's k which she placed 3rd in. She's very happy with her spibelt that came as a result of that. Pink and polka dotted. She put it on yesterday with her pajamas till she went to bed and is wearing to it to school today. Cause utility running belts are what all the cool kids are wearing now right?

The ups and down of everyone's life are normal. But having made friends through the "guy who runs with brain cancer" awareness, I've made both running friends and friends who have a connection with a disease. I have two friends who have recently had to put their fathers in hospice care and are traveling unexpectedly and rather quickly to be there for them in the end. I was at a brain power hour recently and heard stories again that made me both grateful and nervous. Being involved in the cancer community I've sure had to see way too many unexpected deaths or at least faster arrival to death than anyone anticipated. But I'm clearly aware of one thing, that with incredibly rare exceptions, those people who are part of proactive organization are not representative of the entire cancer community or of people in general. Because when people get involved with Livestrong or the BrainPower 5k or other types of research funding, they are the go getters in life, the ones who want to do something outside of just being a passer by or a victim. There are those in these groups who want to believe that in the end it will all be okay, that nothing shy of 100% defeat of cancer is acceptable... (I seriously annoyed one breast cancer advocate and she let me know how mad at me she was that I wasn't using my podiums more for saying no one should ever die from cancer ever....). Let me be clear I like the attitude but even the flu or common cold don't have that kind of batting average (death and taxes are the only things that I know does though while I like good batting averages I'm not a fan of either of those even as I try to accept the reality of them). One of my doctors in a time where cameras weren't rolling and no one else was in the room more than slightly reprimanded me for the not likely to make age 40 thing that is mentioned in so many of the media things... he reprimanded because both that's just statistically not absolutely true but also because since he's also a serious optimism he knows that the reason he and I both have raised money (and in his case, he's helped conduct actual research) that's as things stand not as he hopes they will also stand. Still, while maybe we will achieve the improbable dream of better brain cancer care before/if mine grows, I work off the attitude in the waiver that was in the study I'm a part of, that this research may not help me but will help future generations. I'm also going to be donating my brain to science when I die but I'm okay with the help they get from that being put off as long as possible.

But while I try to be a dreamer of improbable dreams, and today's blog is coming because it's a day I accept the end of a dream that I'd held onto one for a few years, I also try to balance realism. There are many religions that want to believe that in the end it will all be okay... including the one that I am most closely associated with is Christianity (please don't judge them by me).  I'm not sure how we can imagine heaven being perfect and where everyone's perfectly happy if its where some of the people you love are there forever and some are are gone forever based on one gigantic choice. I suppose that's the romanticism of the nirvana where you get to keep trying till you achieve egolessness. I won't know till forever arrives which, if either, is completely true but the reason I subscribe to one more than the other is because I do think the universe and human existence show over and over that while this isn't true of most choices, there are single moments and decisions that can dramatically alter the course of each human's existence. 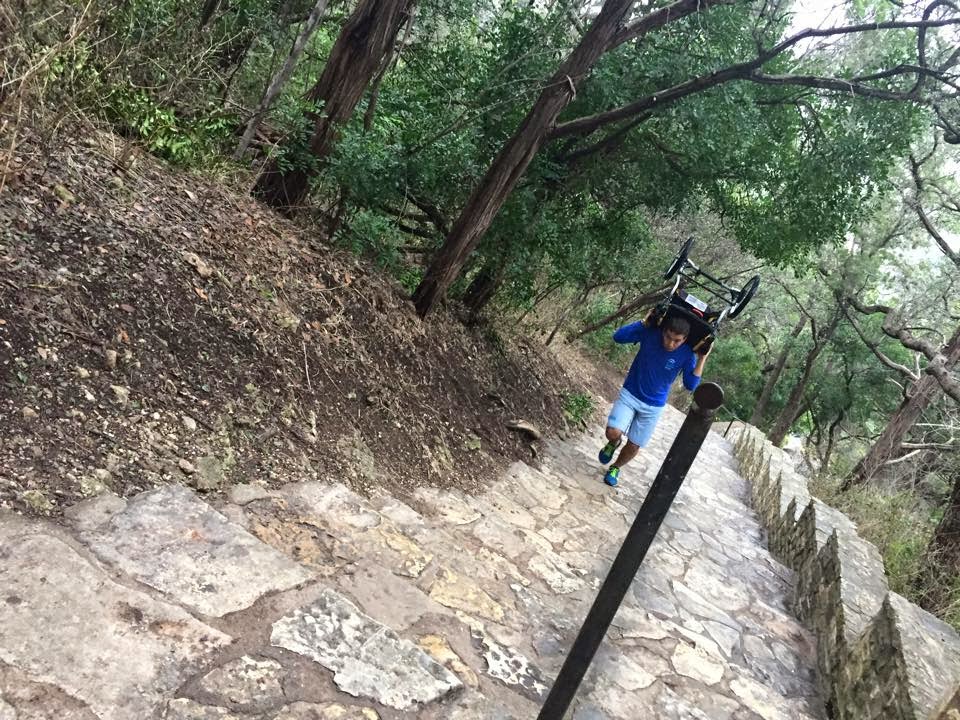 With that said there is a song I listen to on days like these, American Flag Umbrella that says that "in the end it will all be okay because that's what the wise men tell us and if it's not okay, it's not the end of my friend." Somewhere in my heart of hearts I want to believe that's true but today is one of those days where I accept that some things aren’t okay and never will be. That’s life. Still, in my book it’s better that way than there never having been life or hope in the first place. You intensely pour yourself into a race that you're lost in the middle of and if you look at the finish line picture, I'm fairly unhappy because of how it had gone. I'd gotten lost in one of the brainpower 5k's before and lost placement but in this one still managed to win it if for no other reasons than it's rare that half marathons are decided by a small margin. As the announcer said at the beginning of the race on Sunday as he made announcements about the course, it's really only a problem if you're near the front. Perhaps the lesson to be learned here is that the longer distance you sign up for, you get a little bit more room for mistakes and wrong turns and still have a chance as long as you give it what you got AND even if you're not smiling or happy you go till the finish line.

Perhaps the speech I'm most pleased with is the one I gave to the Livestrong leaders, Holding Hands. Here I describe how getting cancer was like being born because of it's confusion. But the birth process has something we've learned to ignore that both the giver of life, the mother and the receiver of life, the child are in a lot of pain through the process and generally crying. I didn't take killer after brain surgery and there's actually been a study done that children born through natural child birth end up being able to handle stress throughout life better than those not because the brain wires for stress certain ways (as a group, let's not go getting all or nothing here). There are those who would argue that this is a stupid argument... why sign up for pain if you don't have to... I hear your argument and remind you that I sign up for Spartans, marathons and today Kiana did her first set of stair workouts to get ready for Jacob's Ladder at the Waco marathon. It's a little bit of fun that she's 8 because now we're getting to do repeats of my favorite number and her age. So to each his own but I hope that the reason I have any chance when challenges come is because I like to sign up for things even when they don't come easy.  I don't enjoy the pain by any means but I think maybe it teaches us something... I've continued to going to these cross fit classes and these workout enthusiasts and their no pain no gain bit... even me a guy who didn't take painkillers after brain surgery argued back... couldn't you also say, no pain, no pain? I did the most 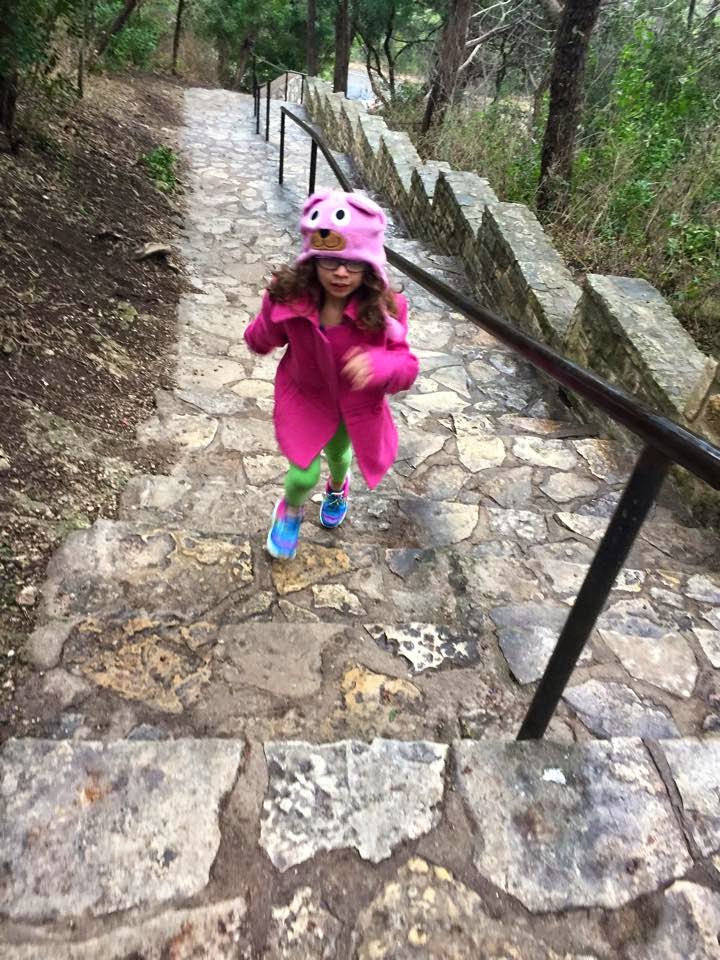 pull ups I've ever done Monday (had to get serious help to get through the workout) and I literally said to the coach, I'm really good at running, why am I doing this and then did it anyway. That's good right or does it just show something's wrong with my brain?

So I am certainly not a wiseman and I don't know how to balance their contradictions any more than I do the ones in my life. But even on a rough day, well I'm glad that I've had some good chapters and I dare to dream that there's usually at least one or two left for most of us on our own hills and stairs. And that's something that reminds me that even if all won't be okay that I appreciate the hope and life that came along way.

Posted by iramjleon at 5:09 AM