As with some other entries, warning: this may be more bitching and moaning than normal ;). 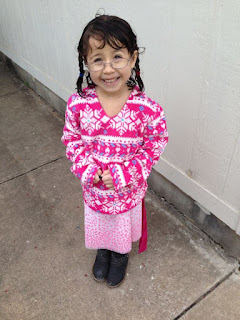 March 1, 2011, checking into Duke, MRI’s, bloodwork, EKG, EEG, brain surgery. March 1, 2012 waking up in an ambulance, MRI’s bloodwork, EKG, EEG reminding me about that. March 1st, 2013… hoping for some quiet boring days. I mean I went and watched the Dr. Seuss school presentation, had breakfast with an old coworker, I’m going to the birthday party of the person who I first collapsed in November of 2012, going to the hockey tickets that I won on that 30k pushing a stroller, going to a party after that.  Tomorrow I am going to a 50th birthday party, a run, a marathon celebration at Luke's. Sunday I have a 5k and a fine wine and dine party. This is my version of some quiet boring days :).


The first MRI since June is on Monday. Once again some bloodwork and getting metals injected into my system and while I honestly fall asleep in that machine during the test, I can’t say that I’ve missed these procedures being more regular and hope that we don’t have to go back to that. It was authorized for March and they could do it today, March 1st,  where it conflicted with an event above on Monday and the guy who likes that he was born 8/8/80 thought he shouldn’t tempt fate and settled it for March 4th.


I’ve kept running the last few days but every single run has been with someone else there still nervous about last year. I keep trying to figure out what went wrong in Austin and I gotta get a new ipod but I’ll tell you that I have infinite more respect for those people who run without music. I threw up 4 times at the finish line at the VIP section which was the same amount as on the course. I drank and ate a lot after finishing and it just didn’t stay. The only thing I think I could have corrected was that I eventually stopped eating shot blocks and drinking the last few miles which is why I think I couldn’t generate any power for the last few miles. But there’s also one other thought, Austin, the only time I’ve ever qualified for Boston, Kiana and her mother were all along the course. This year I had asked her mother to trade this weekend with me due to a wedding where Kiana had been asked to be a flower girl and to the marathon; I had asked for this last summer. Her mother had said yes and somehow in January her attorney let us know that wouldn’t be happening. This week we’ve been arguing with the school where we both literally turned in forms to the school where I stated she should be accepted into the GT program and her mother wrote it that she did not authorize it… I still and always will take responsibility in the fact that I mishandled the cancer diagnosis and that helped push her away but with things like not letting her be a flower girl and objecting to the GT program well… let’s  just say that I echo the prayer from fiddler on the roof that God bless her and keep her… far away from me.


Still, the marathon vomiting ate at me a little (no pun intended) and I got invited to do another one. I’m now in 5k training mode so I wasn’t interested but said unless they let me do it with a stroller, I’m out. So, I emailed them throwing out my half marathon stats, my stroller division results and the 30k results (all races that either had before me or were kind enough because of me to allowed strollers), and they said they would sleep on it. In the course of the dialogue they would find out about why I do this and I ended up getting a yes. They shared it on their facebook status and it was well responded to (https://www.facebook.com/Gusher.Marathon). I don’t know that I’ll have the legs back to get a great time but on the 7th day of next week, I’ll do my 7th marathon with Kiana once again coming in ahead of me. I kept saying that I’d retire after I broke 3 but I’m not sure I could have retired from marathoning without having that princess there to hug at the end and now she’ll be there to cheer throughout the entire thing and I hope/dream this will be the best marathon ever. The half marathon I did with her wasn’t my best time but it was my best time. The one I qualified on where I hugged her at the end and the one in Boston where I stopped to hug her, those were the best ones.


I still haven’t replaced the ipods I killed on that but let me assure you I’ll be running it with music plenty of it disney. I am unclear as to how people run without it but I have total respect for them. But assuming nothing goes wrong, I’ll be racing like I trained with music and with Kiana and with a smile on my face. 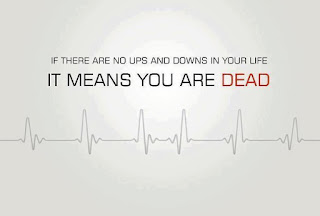 So yeah I said there was going to be bitching and moaning right cause something went wrong 2 weekends ago, 2 years ago, and last year, and because I’m scared/nervous about an MRI on Monday, March 4th. Yeah never mind those moments. This weekend I am having dinner, drinks, runs, fun, with friends and family and next weekend I finally got accepted to do a marathon pushing a stroller. Forget the last Marches, we’re marching forth.
Posted by iramjleon at 10:43 AM