For those of you who think there is a book in the making here, this like most blog entries is a rambling unwinding train of thought.

Well in this media blitz continues and I still can’t believe a Pulitzer prize winner wrote an article about me. If you want to see good writing go to http://online.wsj.com/article/SB10001424127887323419104578374870179274496.html) where a guy I gave permission to talk to my doctor wrote brilliantly about how my doctor’s approach is awesome. I’ve gotten lots of questions about the cancer, about the state of it, about this and that and lots of cure offers (the cure to cancer’s even the current cover of Time magazine)… but one that has come incredibly often is where is Kiana’s mother? That story can be more thoroughly seen here at www.livestrong.org/iram as to how I screwed some of that stuff up and I’ve attended actual therapy, not just running, and I think the relationships I have are better for it. And if you read back a few entries you realize that right now she’s currently asking for custody that based on my medical condition that I only be allowed supervised visits (if I won a marathon pushing a stroller doesn't make the arguement for the court, I don't know what will). But I have made references to my George Clooney lifestyle in this blog because bets out there that I’ll never get married or have kids again because of the probabilities covered in that article… Some people have said and it’s not entirely inaccurate that some of my not getting a girlfriend is because I was with one girl for so long and that I'm just having some fun and at some level that’s true. It's also true that healing takes time. But there is a pattern to the few girls I’ve hung out with. 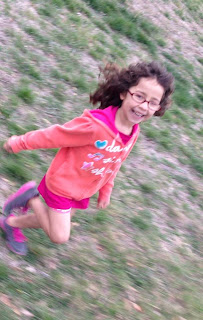 There have been a few girls in the last two years who I have hung out briefly with and none of them would tell you that either of us ever considered the other their significant other. But what I can tell you is that the we’re better off as friends stage came across incredibly predictable… it was an odd MRI, 48 hours later, we’re better off as friends. Waking up in an ambulance for the second time, 48 hours later we’re better off as friends. Returning trip to Duke and while at Duke a call that ended with we’re better off as friends. First MRI in a few months and then 48 hours later, we’re better off as friends. The emotional damage from getting left in the middle of cancer has left me where I am afraid to invest too heavily for both fear or damaging or being damaged. For lack of a better comparison point, back when I was in college, the only time I ever invested money in a single stock on my own it lost 40% of it’s value over night. So since then back when I had money to invest in a retirement account, I put it in more diversified interests. I have lots of good friends and family and I’m heavily invested into Kiana’s future and present but the drive to sign up to get a significant other is not a dive I’ve been ready to make. Part of that is my own damage and part of is an honest fear of asking someone to sign up because I'm not sure that's fair to ask or if I can handle if they leave when things get rough again.

Part of is those girls who there have been sort of relationships with all seem so convinced that I get to be part of the minority that beats this. I dare to dream so but somehow if there’s ever going to signs up and who I can get the courage to sign up with I need them to both live with the balance of reality and with hope, not denying either and then the totality of the other messes I come with. I’m not so sure any human exists and while I’ve been called humble a few times the last few week for how I’ve handled the press… I don’t know that I’m that humble. The last two years have shaken a lot of confidence in my self; insecurity and humility may be getting confused.  And I’m not sure I have the courage to participate completely or to ask. 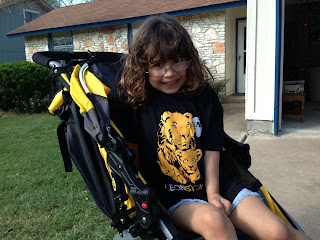 If you’re wondering where these thoughts are coming from, it’s because I went to the life celebration of Brian today. He’s the only one in the (www.livestrong.org/wecanhelp) campaign who has passed.  I’ve written about him before in the survivor’s guilt entry but it was tough to be there and hear his sister sing, his stepdad talk and some others friends and family share about him clearly moved but also clearly heartbroken. But the hardest part was watching his wife cry and cry and cry. She never addressed the group but it took one glance at her to realize as she spread dirt over the tree they had planted in his honor…  that she loved him with every ounce of her being. I’d only ever met her once at a dinner and all my communication had ever been with him. Today I just hugged her and the guy whose written so damn much about all this and who usually doesn’t know how to shut up… had nothing to say. And again, one look at her from anyone showed that she had deeply loved a man who was now gone. And people point out that’s what relationships are, signing up for the risks and the rewards, but how do you ask someone if you're going to be somebody's heartbreak be mine?

Part of it is that unlike many cancer patients, most days I seem fine. While I seem fine and my latest MRI shows everything stable, what’s the polite way of saying I met someone who looked as fine as I did last June and odds are they aren’t going to make it to the end of April… The one thing people misread about these articles isn’t that I’ve been given 8 years, it’s that’s the hope, it may be much more, and perhaps much less.. The mean survival rate is 4 years, I’m at 2.5 and the 5 year is 34%. I keep living life like I play poker, you bet the odds. I am just grateful to be stable. How do you ask someone to sing up when there’s a strange ambivalent clock over your head? I think part of the reason I do these events is because during those, it’s a clear mile marker, a clear distance, a clear clock.

It is unusual that I get a babysitter period but I did so for this event because it felt incredibly inappropriate that her first “funeral” would be of a cancer patient who was roughly my age, especially since it was someone she had never met. I wasn’t ready to ask the questions that would likely come. Kiana was there before I had cancer and if there comes a day where I can’t take care of her, I can’t and that’ll be that. Right now, I’m giving her all I got and for all those who have called me a hero, I am no hero, I am just trying to be a good dad. I like the compliments about the marathon win but in that same entry , survivor’s guilt, I said I’d rather come in last with her than first without her but I am grateful that the Grace of the universe right now is letting those be combined. So today, I skipped my own running group to take Kiana to her first’s school fun run where she did 11 laps in half an hour…  And I threw a Frisbee with her… and I kissed her goodnight. And I cried on my own for Brian’s family who I barely know and cried because I’m afraid of hurting mine… 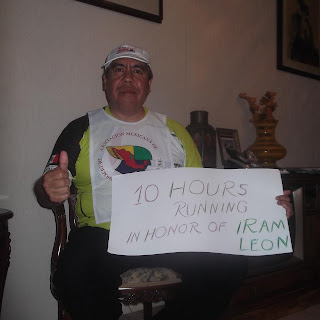 There’s a song I’ve listened to over and over again. Waiting for an angel… cause I don’t want to go alone (http://www.youtube.com/watch?v=FVHZtxMtt0M). And I return to Duke in 4 weeks and revolved it around their annual 5k which appropriately enough is called Angels among us. And I have many angels in family and friends so I am not sure if I should learn to accept that I have an army of angels and continue the George Clooney Chronicles. And while I’ll never abandon that idea… I know I fight harder when there’s an angel in front of me that I’m trying to raise and I’ve told my doctors if I didn’t have a kid, I’d tell them all to go to hell and climb in and out of the grand canyon and I’d die when I’d die. But today I watched a guy who clearly fought harder because of an angel who was also besides him… I had survivor’s guilt and had some level of jealousy because having met him, I know he fought because of an army of an angels as well but perhaps fought hardest because of an angel next to him. 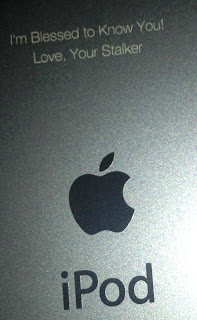 Today someone ran 10 hours in my honor and I'm grateful for that. Today Kiana ran 11 laps in half an hour and I'm proud of her. Today I cried because I saw cancer break someone's heart and I'm proud of him for being willing to invest the way it was clear he did. The stroller bob sent us came in and I'm grateful for that... An ipod came in with perhaps the best inscription any gift has ever been sent with and Kiana's college fund is flabbergastedly at 10,000... 10,000 more than I would have ever guessed.

I said at that marathon, don't be as dumb as me and wait until you're told you're dying before you appreciate what you have... Hug, love, spend time with whoever you love today. And I'll keep doing it with as much conviction as I can... and someday I'll figure out whether this George Clooney shows how much my brain has healed or how damaged it is...

Posted by iramjleon at 7:24 PM