The Most Wonderful Times of the Year 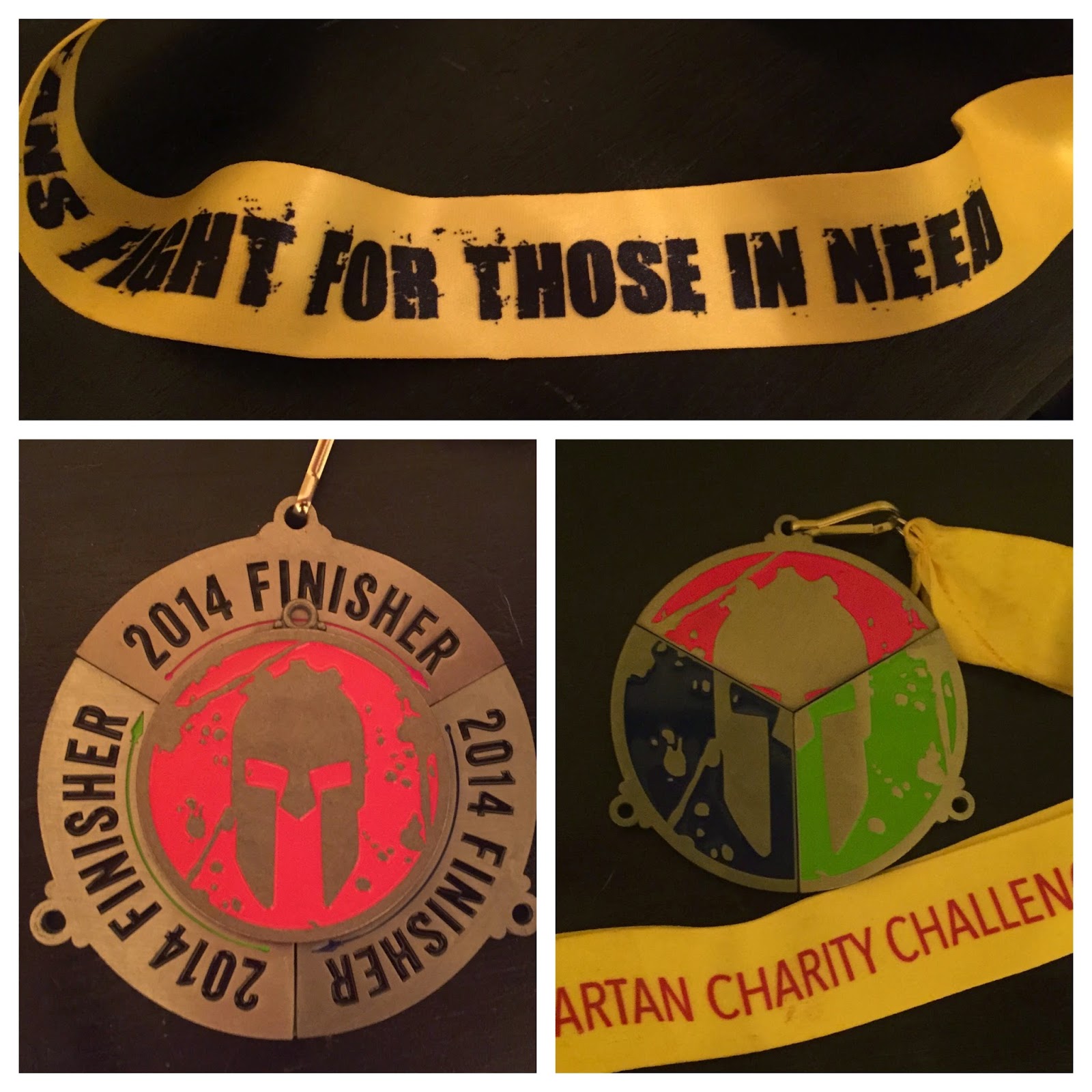 Tradition! I think as I fiddle through life, it's probably one of those things that helps you keep balance once in a while. So as Christmas Eve settles in, Kiana and I will keep a tradition that I've had pretty much my entire adult life, we will hang up an ornament representing the most important event of the year. In certain years, there is no competition, the year Kiana was born, college graduation, first puppy, and last year there was nothing that could have outdone winning a marathon with Kiana and what came with it. 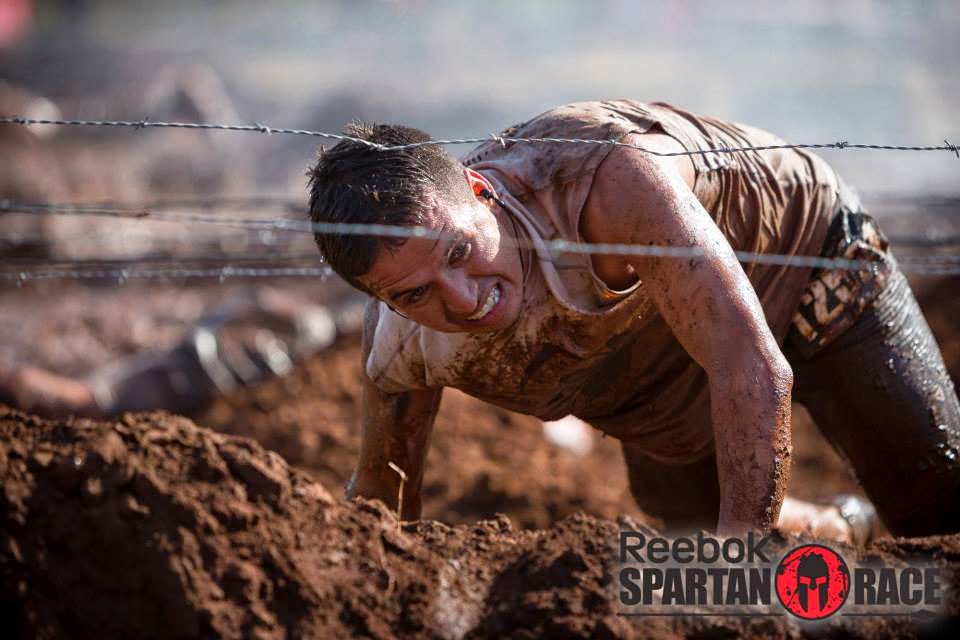 This year was hard! Kiana did her first 5k, she won her age group in her 2nd one, she had some impressive school projects. I won a few races of my own and taken on new challenges in a triathlon and a duathlon. There were some incredible special people that entered life who have definitely framed lasting impacts. It was the most traveled year of my life (and Kiana's too who has seen more of the world since we won a marathon than I saw in my entire childhood). If getting the holiday card down to a few pictures was tough... getting it down to one ornament was much tougher. Over the years, the ornaments have been hung (and taken down when we leave) in hotels, other people's home because we have no tradition of where to be for Christmas but sometimes even when gifts are left back in our home to be opened when we return, the ornament comes. Because if nothing else, every year no matter how good or bad, you get to hang out with a memory of a good time, a good thing. 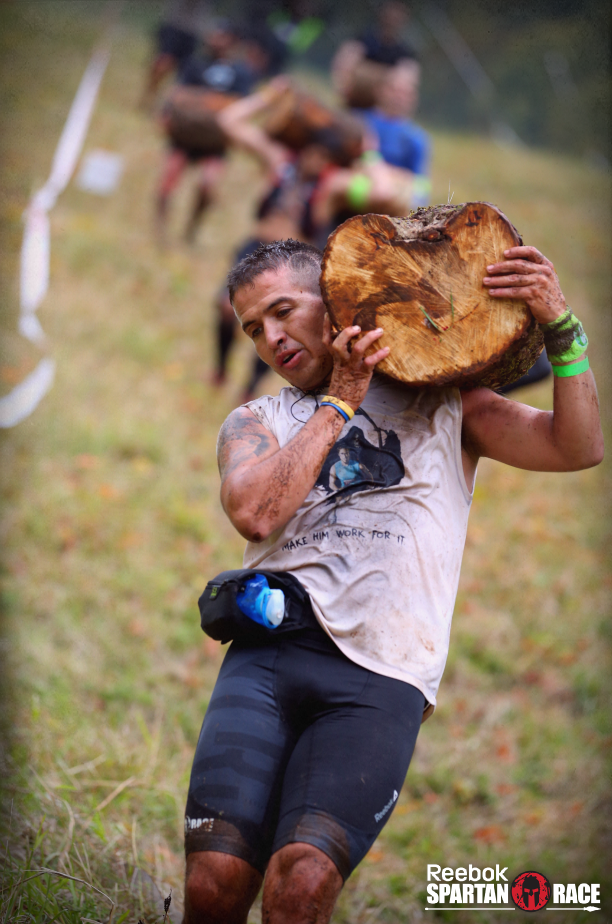 But without further ado (drumroll please), the ornament this year is... cheating a little. It's five ornaments in one! Appropriately enough, they are all from races but each one of them is a Spartan race. My friend Cookie from Spartan helped me "materialize" the concept (who wants a cookie). In chronological order, let me share the 5 parts of this ornament with you. Trimming the edges are finisher medals for the Austin super, the first spartan obstacle course (and only one of two) where I got all the obstacles. And like too many races, the first time I did a Spartan I went alone, this time it was more than one carload from my running group, still slow on the uptake that challenges and obstacles are better when we share the course. Appropriately enough, the evening of the race was finished with a dinner with friends both ancient and new.

The second part is the California beast medal. I in fact did not complete all of the obstacles successfully on the first try but I did my burpees and snuck back into the line and did it again (risking burpees in doing so), 120 burpees later. I enjoyed a trip where I made some new friends, three from Austin came with me, reconnected with some of the Spartan ones from 2013. It was also great that I saw several from college since I had studied in Napa Valley. The guy with a damaged brain was grateful that some of the friends he saw included the professors who taught me not just what to think but how to think for the first time in years. 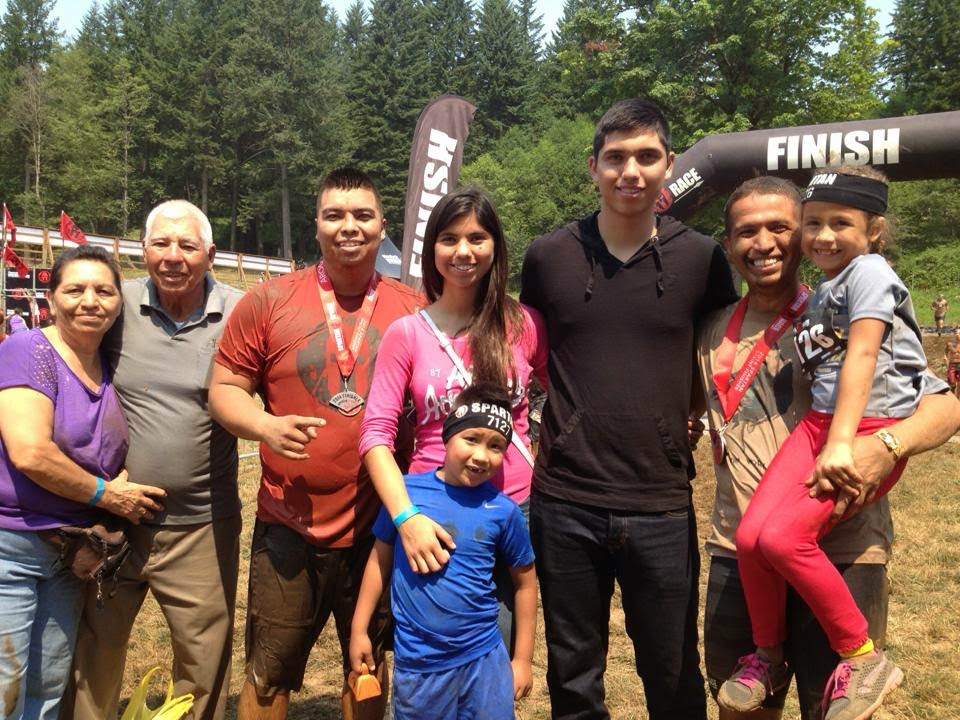 The third part of the triangle is the Spartan sprint that I went to in Portland to do with my brother. If I had to have gotten it down to one ornament this probably would have been it. Because this was the race I did this year where my mom, my nephews and niece were all there. It also was my little brother's first race of any sort. And we did the obstacles, the burpees side by side which would have been a pleasure by itself but in my mind I realized that while there will be plenty of times where we're cheering on each other in our separate future adventures (he's not crazy enough to run a marathon, I'm not crazy enough to do some of the stuff he does on snow with boards), but it was cool to do one with him. It also has helped me sleep better at night that with that event, all three of the people who came to cheer me on at Boston, my mother, my brother and Kiana I've now done an event together. By self admission my little brother had mixed feelings about getting whooped so thoroughly but showing that we share the same blood, when they announced the date for next year's event near him, 8/8, my birthday, he said I should take it as a sign that we're supposed to do it again. And if there's no greater sign how much my mother loves she kissed me with affection while my face was all muddy. Kiana was there cheering and that may be the softest peck that kid's ever given me ;). 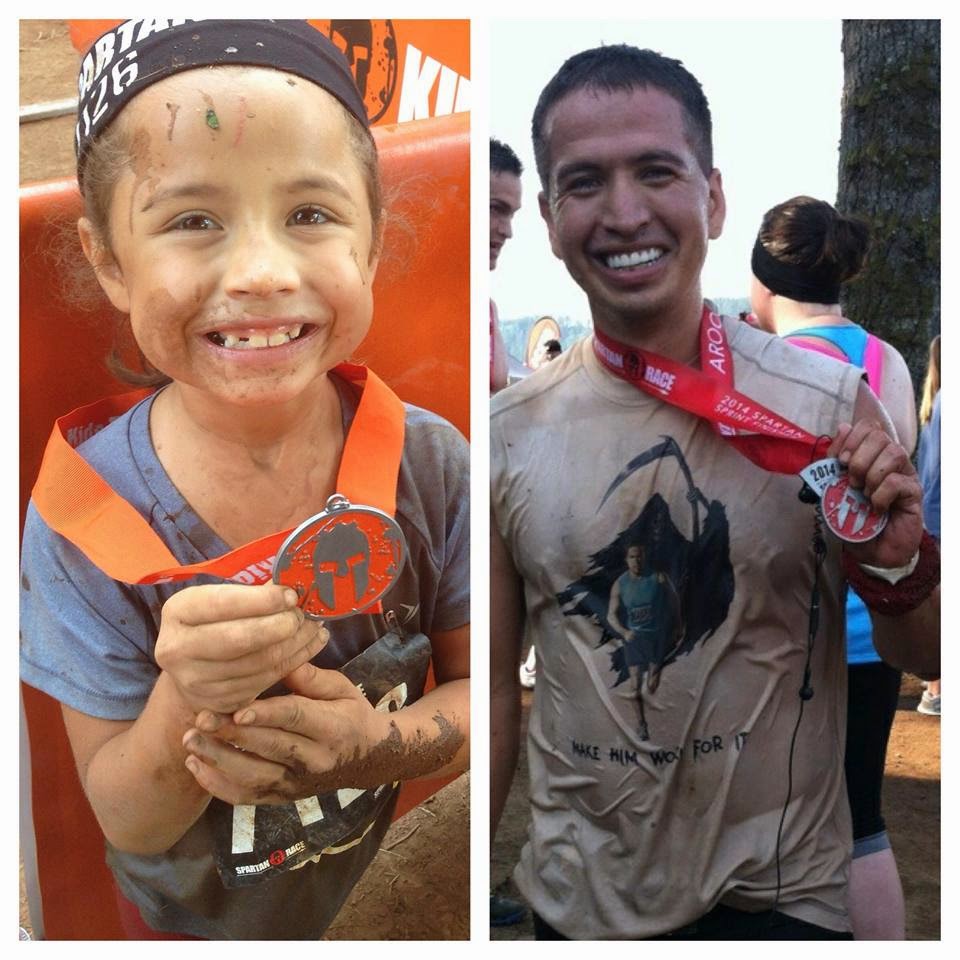 The center piece of the ornament, what binds them all together is the kids medal. Kiana would actually do the kids course twice out there in Portland with her cousin. She'd finished her first Spartan a few months before crying but this one she was flying and smiling at the end. Anytime Kiana's smiling like that it makes me smile bigger than anything else. It may be a competition as to who has more happiness from it and that's a race I wouldn't be too bothered in taking second place in. 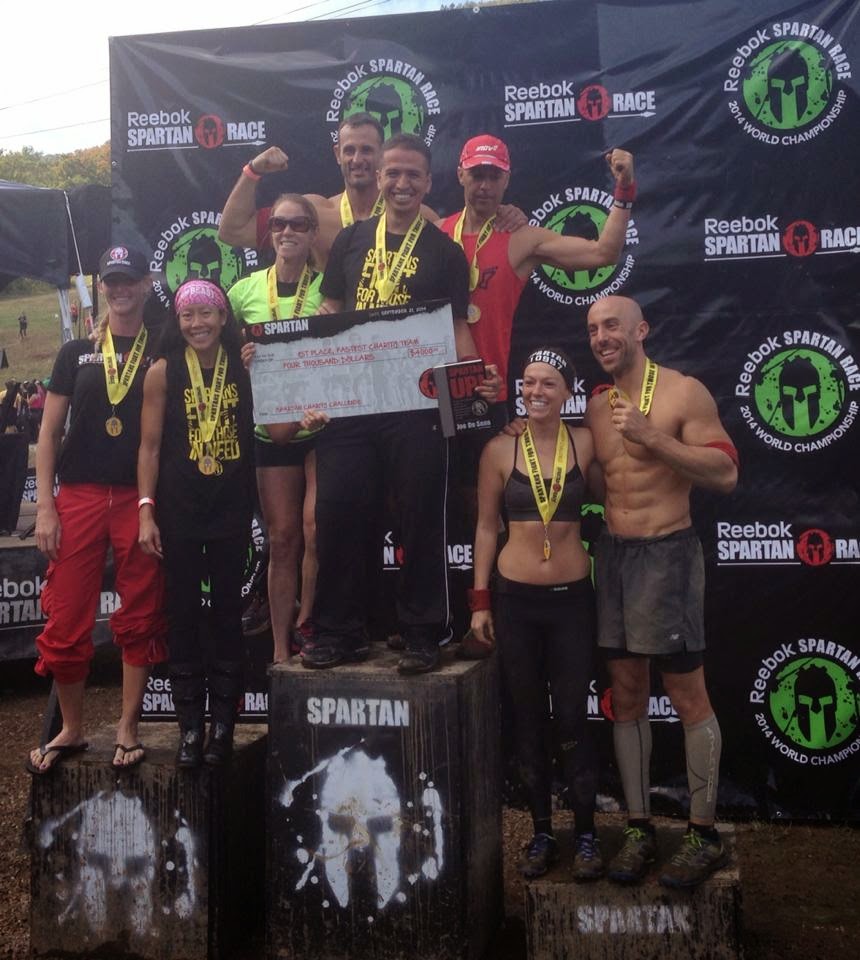 Last but not least, in what is the biggest medal I own, it actually all hangs on the "necklace" from the charity race which team Epic Strong was able to defend and win $4000. That team had Alexander Nicholas who had introduced me into the world of Spartan, it had guys who have beaten me time after time, women from the great state of Texas all of which have also beaten me. We even had one kid from the area that I'd won the marathon at. I've handed out medals in a few places but that was learned from Alex who guided me through my first Spartan and then medalled me. I've encouraged people to sign up for their first race or athletic event or even just to walk more because while different levels show different levels of insanity, there's no one who couldn't use a little stronger heart and muscles. 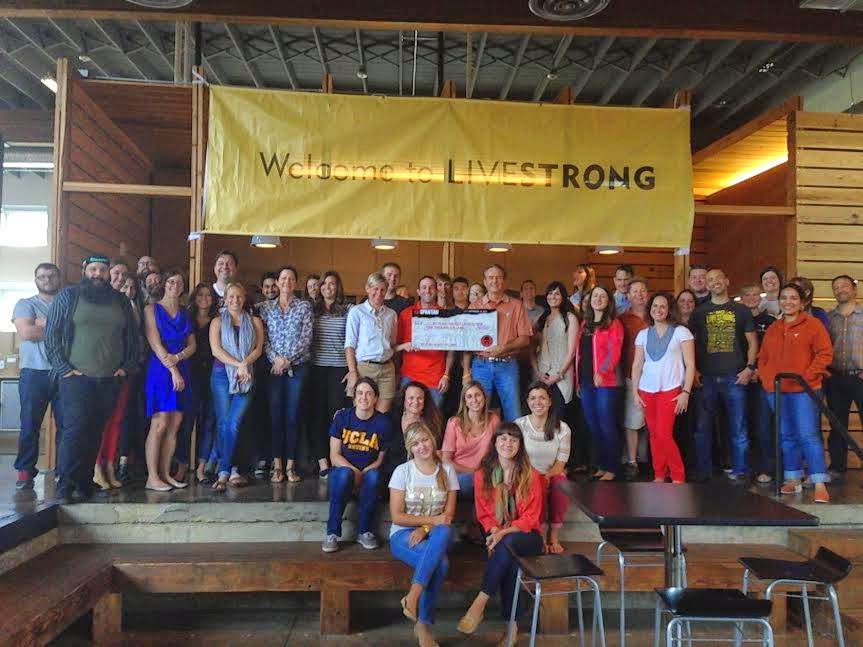 Where the check itself went was pretty cool, to Livestrong, an organization that has helped me and thousands of other cancer survivors make cancer more manageble because it doesn't come easy. So this round ornament, I hope represents somehow coming full circle both literally and symbolically. It shows that the best year of my life, the most wonderful times. It was the year I was in the best shape and got the fastest times in pretty much every single road distance was shared with friends and family and passed forward to other people who I will likely never meet just as those who had provided while angels, are strangers. It certainly feels appropriate because I still hold close to my heart that if you sign up for some messy tough things in life, the ones you don't sign up for, are a lot easier to deal with. And it was great that it was done with people who whether they are friends or family is often indistinguishable. More practically speaking if you build some upper body, something I often neglect, it probably helps to push a growing kid and keep holding her up.

So I'm grateful that an ornament was created representing in a single thing events that represented friends, family, exercise, travel, giving back but as 2014 is wrapping up... and actually the first few races in 2015 are all road races with Kiana either behind or beside her... but as we hang up this ornament, I probably need to sign up for a Spartan or few (actually some of the people from both the running world, my family and the triathlon world I joined are ahead of me in signing up). But we'll worry about that on boxing day because on Christmas eve, I have an ornament to hang up and I am here with my family and we've got some tamales to get ready so we can unwrap them tomorrow.