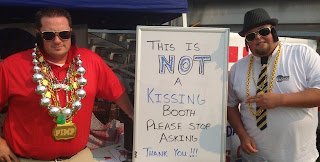 Simon and Garfunkel's old classic The Boxer has many lines I relate to... Shortly after races that have gone bad for various reasons, I am very frustrated. After the first marathon I did after brain surgery where I did not get my best time (it would be a few hours later before I'd learned I'd won the cancer survivor's division), I went home and skipped the running group's party to... pout. This year, 2013,  went better but still no breaking 3 but I was proud of the fact and organized the party realizing that while I spend hours working on trying to take a few minutes off races that the only reason I've been able to get better at running is because I spend most of those hours with a running group. I really do believe in the dynamic and beauty of synergy. 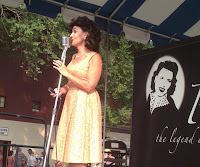 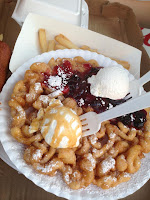 But the line from that Boxer that's been singing through my head is "a man hears what he wants to hear and he disregards the rest." I take people to medical appointments with me because the simple truth is that they often catch things, some small, some important that I would have missed. They have told doctors to tell me that again on things from medication to shifts etc. I've been trying to analyze if there's anything else those races have and don't have that went well and I can find a couple of factors. There was a variety of factors in each one but the only I can think of besides my theory of that I gotta bring Kiana to the best ones :) is that everyone of the vomit ones were not a cloud in the sky day and ones where the meals were social ones rather than my standards at home. All the ones were there was no vomit were overcast days even though there was a huge range of temperature. My medication has a dizziness side effect which is where I think the vomit appears to come from and unlike in training where I stop and drink water and I have some say in running under the trees, here I wonder if the sun aggravates. I have a cancer that has no known genetic, lifestyle or environmental components... And this vomiting may be as random as that or why do I throw up somedays in normal life (part of the challenge of the puzzle there I just step out of what I'm doing and go back and pay no attention to the pattern).  I've never figured out and I only try to figure it out when it happens in races and there may be nothing I or anyone figures out in the end but you gotta try. That's how we arrived at science, theories and attempts (which speaking of if you read this and been meaning to donate to the BrainPower5k, this is the last week to do it, http://brainpower5k.kintera.org/faf/donorReg/donorPledge.asp?ievent=1058997&lis=1&kntae1058997=6BE831B950AB434895474C10F4A8AE46&supId=356919075). 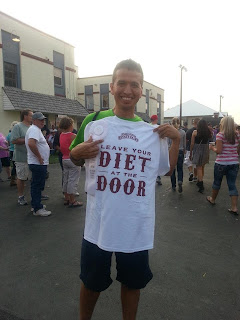 But the mistake that I am proud to have realized is to never make the marathon only about the time at the end of clock. This was the first time in my life, I've ever gone somewhere I don't know without someone I know to stay in a hotel by myself. That actually had me nervous because I took this invitation for various reasons but one of them was definitely to explore some of Idaho, a place I'd never been. But even afraid with the face name recognition thing, I tried to meet more and more people. And while almost all of them were trying to ask me more questions about the brain cancer stuff or were incredibly kind about how the speech went, I tried fairly successfully to listen better and love the plethora of human stories. There was someone who had ran 200 marathons in 86 counties, someone here who completed their round the country in every state and this was their 50th marathon, someone whose wife had passed away from cancer and to raise money for the American Cancer society had ran 100 miles in just under 24 hours on the outside of a track, someone here who ran all the way up to top of the mountain to run the marathon back down with his brother and his father, a man whose young infant had just gotten diagnosed with the same cancer I have but he was grateful that at that age the survival rate is much much better, girl whose entire goal on her first marathon was to beat Oprah's time and achieved it, a 70 year old woman who is going through cancer treatment and her and her husband do a marathon shortly before the next round of chemo, the woman who broke the guiness book of world records by completing 129 marathons in a year this weekend. 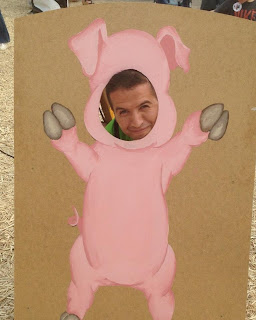 I went to an Idaho state festival where, like I did in my age group for the marathon, I took 3rd getting beat by a rather young teenage girl and a large guy. So back to back bronze medals :). I played my first round of disc golf ever using actual disc golfs (3 over par). And one of the staff who saw me limping up and down the stairs pointed out that well, if I ran marathons I could probably move more smoothly everyday. But she also had only once left Idaho despite being a few years younger than me just saying she just works and goes home and I tried to explain to her that despite the marathon not going as well, as I'd hoped, that I was glad to catch a new place. Who knows if it's because she was staff and was being polite but she said she'd start thinking about taking a trip like I had to a new place for the experience of it.

I still recall that before this all started that it was the year I'd traveled the most. It was mostly international which is why one of my new year's resolution, still unfulfilled was to go to a new country this year. Between the trips to Duke and the invitations this year that came from Gusher, this year may pass that even if it's all domestic.  Today I head to the crater of the moon so maybe it's more like going to a whole other world with some new friends and then I fly home tonight. But while gimpy and with my brain not all it used to be, it's been a privilege to catch more of  humanity, far more of the world than I expected in one of the smallest towns I've ever been to. And I am pretty damn happy that while my brain may not catch all I use to, and even if I didn't get the time I was aiming for, there's a lot less I disregard.

Posted by iramjleon at 7:50 AM