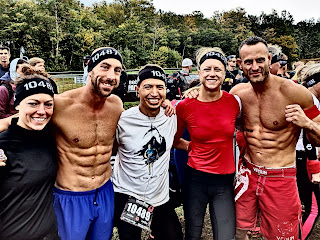 In my two previous Spartan races, I had done the course on both days trying to figure out how to let is kick my ass less the second time (both times my time was faster the second day than it was the first day). My first one was where Alexander Nicholas had led me into this world of pain http://liveepicbeepic.com/texas-spartan-race-with-iram-leon/. He owns a gym and it's guys like him that remind me why the incentive is fight or flight. Most of the time I'm running to the fight but I'm fairly certain hitting him would be harder than any wall I've ever hit during the race. He has won and places in some races and in the Spartan Beast he was in the top 20 and was the winner of his age group.

We were originally going to do the beast and then the Ultra Beast Sunday but Spartan announced it's first charity challenge. He put together a team pictured here to the side and was kind enough to let me choose the charity we'd be fighting. You can tell exactly from the team picture there why I wear a shirt during the spartan races and they don't... Obviously it's because they are less afraid of the obstacles cutting them because they run better through them ;). 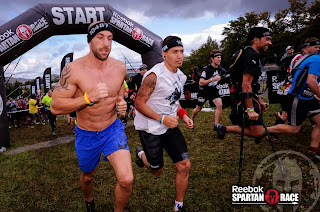 Most of the charity course was going to be some of the beast course but a much shorter. There are those who fight for only the prizes for themselves, there are those who only fight to finish and don't care where they place but neither I nor Alexander are cut from that cloth, trying to excel sometimes and share that with others. 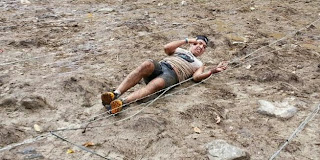 I gunned out at the gate and someone caught a picture of us. Some girls have notice another of my teammates, Joey's face and abs (sorry ladies he's taken). Others have noticed that while Saturday I had a face of smiling and trying to figure it out, Sunday I went out looking a little more determined. I notice in the picture that the guy who started next to me was missing a leg. We weren't together for very long but we talked before and after the race and he finished it just like the rest of us and in the obstacles he missed, he did burpees in his own ways. Anyone who doesn't exercise in my book just ran out of excuses. Running is my forte. It had rained a good fair of Saturday and Saturday night after we finished so the course was a lot muddier and far more insane. But the first half mile or so was relatively flat and I was running with the top 3 in both the running and the obstacles. Then the steep hill began and I jogged as long as I could. At that point I was in 3rd and jogged up to almost second being the last to stop jogging before the hill just got too steep. And somehow there is when people started passing me but only Alex did out of my teammates. We got to the top of the hill... finally and there was the 8 foot wall which I swung over without my legs touching the top. Then I made a wrong turn but luckily Joey was right behind me and pulled me back. Then we had to start going down hill... and I quickly realized that for a guy who has had relatively unstable life, my stabilization leg muscles are less than adequate. I recognized why this was a ski hill as I skidded on my tailbone through mud and rocks and more people passed me down hill than had uphill including Cassidy, our third teammate chicked me. I kept going and I'm not quite sure but I think I made a wrong turn onto the beast course for about half a mile and then turned back. I got passed on the downhill again by the 14 year old winter whose team was fighting for her organization (https://teamwinter.org/). I'd be embarrassed about that but I've been beaten by a six year old in races before and this 14 year old has run a marathon in Antartica and been the junior championship in two time iron kids national triathlon champions. 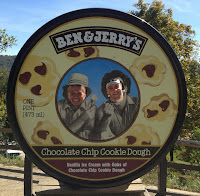 I wanted to run as hard as I knew how and miss no obstacles on Sunday. I got the first part right but did miss the spear throw on Sunday so had to get my 30 burpees in. And then it was the finish line downhill and I sprinted as hard as I could. In the end, my placement honestly didn't matter because the winner was decided by the first 3 people on your team to come through. Alexander would be the first overall winner, Joey would be our second placer and Cassidy would lead the women through. We would just inch out over team Winter with only a few seconds to spare. Fortunately, SpartanStrong who stated that we fight for those who can't was rewarding the top 5 teams.

When I got to the finish line, I thanked Joe De Sena, the organizer/owner of all these  for putting on all the events and challenges he does even if they do involve burpees. I can't say I've practiced these much because why practice the punishment but he recently tried to break the world record for them (http://www.prweb.com/releases/2013/9/prweb11100551.htm). He asked if I was trying to win it and I said I was to new to this but I was glad my team had and he pointed back at the course and said, I think you left the grim reaper further back on that course cause if you struggled with it, I'm sure he struggled more (if you haven't watched the Spartan video I'm in, this will help you understand http://www.youtube.com/watch?v=auM8kK7qblg). 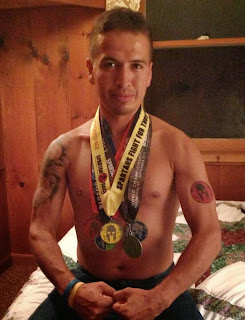 Oddly enough, I ripped the shirt on the barbed wire, still the obstacle that terrorizes me the most because a seizure under there would be a nightmare. But I've never asked to skip it and I roll through it where I can since that's the fastest way. That comes with dizziness which is the sensation that has come before seizures. However, it's also a natural sensation from rolling. Anyone who thinks I'm always smiling needs to just see me under the barbed wire where I don't smile at all... But appropriately enough the rip it took out of my shirt was the grim reapers blade folding it some on itself which I hope means it will continue to be less and less effective. It certainly feels more so this way since this is the first month since November of 2010 that I don't have a brain cancer related appointment... 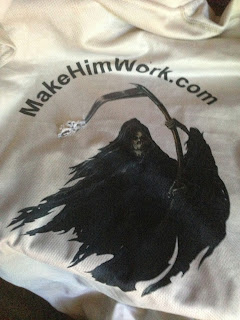 We were awarded a check for $2500 which Alexander without hesitation or pause said should be directed to the charities that have helped along the course of my journey. Like with the Spartans, I started pretty poorly along the course on cancer and had to have better more experienced people help guide me on how to do some things better. The Livestrong Cancer navigation center pointed me to Imerman Angels and connected me to someone else who had the same cancer (who while we've been in touch we had not met in person until the Spartan in Chicago), they pointed me to Wonders and Worries who provided Kiana counseling about the situation and me on how to share it with her, and together Seton hospital and Livestrong have created a committee which I help with that helps young adult cancer survivors, a group that because of various gets less attention than childhood and old age cancers. 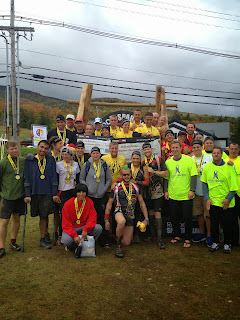 There are beasts who go through life alone and manage to do all right. No one can be there for everything. I am grateful to have earned 8 medals during the course of these spartans (2 sprints, 2 supers, 1 beast, 1 trifecta, and somewhere competing for one of my favorite two the charity race and the time I got to lead the kids race). But it seems to me that the majority of beasts and people we admire from lions to Lincoln's team of rivals are those who are able to somehow compete and collaborate for the best ideas appropriately. My journey has emphasized over and over that all the best things in life are shared with significant people. Even this race was better because one of my friends who regularly gives me a ride to the running workouts came up with me to do this event (we might have snuck over to Ben and Jerry's as well). I am pretty extroverted but even my introverted friends want to share their life with some people even if it's just one or two. So team sports are my favorite and I got better at running when I joined a team. I've been the guy who sits on the bench of teams, the guy who was the anchor on relays, and in this new Spartan adventures, I was just neither but felt closer to the benched player. I thanked Alex for helping me be a better athlete and in showing his kind spirit he thanked me for helping him be a better person. It's people like him and events like a spartan race, that remind you that sometimes you can have some good times even if it means you start running clean and finish rolling dirty... It was an Epic Spartan team that helped carry the win that I just happened to be part of. It has been an epic team that's helped me to keep standing through this cancer journey that just happens to be part of me and so it feels incredibly appropriate that the winning and winnings are a shared event.

Posted by iramjleon at 2:30 PM