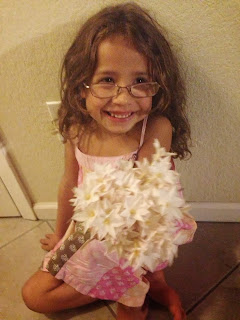 Many years ago, back when I was younger and more innocent, okay maybe just younger, I volunteered in the South Pacific in the Marshall Islands as a High School Teacher. In case like I was, you were never taught that is where we tested the atom bomb over and over and measured it’s effects on humans and until recently some of those islands were left evacuated. More than one friend (including a couple who were there) have speculated that is where this cancer of mine comes from as they have a much much higher rate of cancer in general (http://www.ncbi.nlm.nih.gov/pubmed/20622547) however I remind them or try to comfort myself by saying this has no known dietary, lifestyle, genetic or environmental component.

The health care system, at least when I was there, was far less than adequate. And the funerals were interesting because since there really aren't big places they would take several days. A group of people would come in at a time. There were speeches were the family would speak and then the most important person of that group would address the family and the family would say thank you. A good percentage of that time because I was accompany a group of students on a small island where it seems everyone knows each other. I was the most important person in the room often since it was me and several students. Then we would pay respects to the dead by dropping off either a bar of soap or cash on top of the open casket (the soap for those who were most financially unfortunate).  And you had to look directly at the dead person as you were doing it and feel incredibly awkward (at least that was my feeling) or look away as socially inept.

I’ve wondered if the idea of dying from cancer bothers me less than most because of attending too many funerals there period, more than a few associated with cancer. It tells you something that the biggest birthday party there isn’t 18 or 21 or 30 but when a child turns one where they have a gigantic party because if you make one, odds are you’re going to get to make it to be an adult. While before all this started I'd been all over the world... the only thing that still or ever hung from my walls of anywhere I'd visited or lived was something from those islands. But while there in Majuro, it seemed that I often visited the hospital while I was there a lot and the first time we went I noticed a poster of a leper before and after treatment. In the first he looked bad and in the second he looked, well, normal. Before then, I didn't know that there was still leprosy in the world till that day nor did I know that we now have all but fully effective treatment for it. I was with a friend I’ve known since I was 15, Leandro, who was the one who had invited me to the Marshall Islands and in just a raw uncensored thought between friends I said to him, “Wow, we’ve gotten as good as Jesus” since the gospels tell stories of Jesus curing lepers.  He’s a good enough friend to where he came by a few days after I got back from Duke and that I may take an invitation to Boulder to see his family again.

The story I think of most with leprosy is the one in Luke 17 where Jesus heals 10 lepers. Somehow out of the 10, only one goes back and says thank you. Today, a check arrived from Virtual Fitness 4 Life (http://www.fit4liferaceseries.com) to Wonders and Worries (http://www.wondersandworries.org/) which was the donation they made for a father’s day virtual half marathon I did on the beach, the hardest half marathon I’ve ever done (http://pickingupahitchhiker.blogspot.com/2013/06/what-dad-cant-do.html). Wonders and Worries did counseling with Kiana alone and with me about how talk about this disease; they connected me with other people who are trying to parent people while dealing with serious disease (including one whose husband died of brain cancer). It continues to be the human connections that help me fear, hope and believe that there is meaning to much of this senselessness. Wonders and Worries were the ones who got me to take Kiana to her first princess ball, one of the happiest memories of my life (http://pickingupahitchhiker.blogspot.com/2012/04/i-had-ball.html). While the check took a while to arrive… I’ve worked for non profits and sometimes wheels move slowly but like the beast last weekend, if it gets done, it gets done. 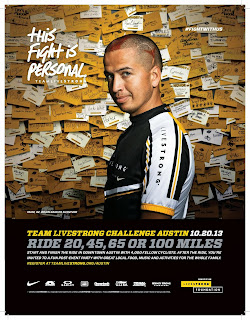 I have no great answer as to why I’ve spent so much effort raising money for brain cancer research in specific and programs like the ones mentioned in various blog entries. While no one signs up for cancer or leprosy, since I've got it, I want to be like the one leper. Whether or not you believed Jesus existed or actually cured leprosy, we have a cure now. Whether or not a cure is ever coming for brain cancer… who knows and this blog mentions over and over that I’ve never prayed to beat it, just to do right with the time that’s given me. I am not a guy with a lot of money (September 2013, the first month without any cancer related appointments since November of 2010 is only the second month since then that the finances ended in the black, the first one being August 2013) but despite all the other things, my legs still work though they protested Wednesday's hilly bike ride and yesterday's hilly run. People are still silly enough to think that I am inspirational and I still correct their spelling that it's perspirational not really ever knowing what to say to that but if the fact that I’ll run a beast, or a half marathon on the beach or upcomingly bike 100 miles for Livestrong (http://laf.livestrong.org/site/TR/Challenge/Challenge?px=1004553&pg=personal&fr_id=1500), it that helps pay it somehow back and pay it forward is one of several reasons why I’ve kept doing it. The finish line photo from Spartan where I find out that my teammate won the charity race got me dancing more than any race I've personally won. The other reason is that it’s my therapy and how long I go, how often I go, and how hard I go keeps showing everyone how badly I need therapy. 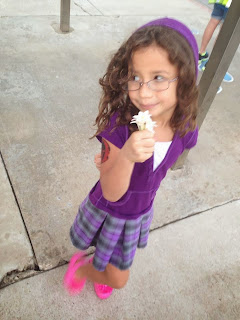 So whether or not the day is coming that we beat brain cancer, I don’t know. But I know that I take medication that reduces my seizures (I picked it up yesterday and somehow that monthly reminder is harsher than the twice a daily taking it In). I believe that if nothing else those medications and the surgery and the awareness bought me some time. And the disease itself helped me focus on things like listening to a little girl and putting off mowing the lawn so she could pick the rain lilies to give to people (I don’t know if jealousy is the right word but it messed with me when she gave one to a “friend” in her first grade class and he also put it in her hair! Who does he think he is)
And I believe these organizations and these sporting events and some great people and one amazing little girl has taught me even if I find no cure that I want to share at least one thing with that leper… to say thank you for all the ways they’ve saved my life. Even if all that means is that I appreciate picking flowers with a little girl.

Posted by iramjleon at 6:55 AM