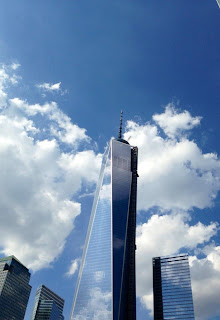 Today is the 12th anniversary of 9/11. As I dropped Kiana off at school parents were doing what we humans do in moments of trauma, sharing where they were. Someone was on their honeymoon, someone was at work where nothing got done by the entire office, someone was actually on a plane that got planed in the midwest. I am more than embarrassed to admit that on 9/11 I was high. I hadn't been doing any illegal drugs but the day before I'd gotten my wisdom teeth pulled out and it was the first time ever in my life I'd taken any drugs of any sort. I had apparently taken more than most people to wake up from the gas sedative on 9/10. And the next day the mixture of the rough night, the vicodin, and pain was making me think less than clearly and I was just laying around watching TV when I saw the planes hit the buildings and mocked what I thought that was the most unrealistic soap opera plot I could imagine (that's what I had been flipping through). It the next few minutes as I realized it was new immediate sadness for anyone on that plane or on those buildings set in and immediate guilt for having derided someone else's tragedy.

I have mocked my own health issues right from the start and many times since then and encourage people to mock my brain because humor is my coping mechanism. But there has been more than once where other cancer people have struggled with my approach. In interacting with them or when doing things for different groups, I am more careful with the jokes than I am with my friends or doctors. But when something hurtful happens, we often wonder as we make jokes whether it's "too soon." And there are some things that like 9/11 the pain sits long enough to where humor in a large scale it will never be long enough. 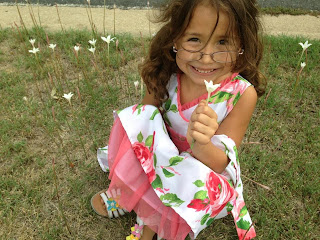 And some of those things still sit through my head about the various trauma from this brain cancer/life part II experiences. The restaurant where I had the seizure that started this all I only returned to once. The second time I woke up in the ambulance it's a place we run by all the time on both races and training runs and it took me a while before I went out there again (ran by it again twice last Thursday). The George Clooney approach may well be as much about self protection from having been left in the middle of  night in the midst of the biggest mess of my life as it is about the righteous proclamation that it'll be easier to head to the Grand Canyon if I have less attachments. Even when there's rare times I think that maybe it's time to consider having a girlfriend, I have to deal with drama from Kiana's mother and realize no, it hasn't been long enough.

As I raised money for the brainpower 5k for the 3rd time, one of my friends whose donated some of the times said, man you've raised money for cancer stuff a lot since you got it, when will it be enough? I don't have a good answer for that but it is true that in less than 3 years I've raised money for 5 different organizations about a dozen times. I don't know when it will be long enough but that's not now.

I went and did a different type of workout this morning with trail running stopping for  pushups at the bottom and weights at the top hoping that translate into something in the Spartan beast coming up. I biked 35 miles in training mode for the first time in a while because I have the Livestrong century coming the month after that (http://laf.livestrong.org/site/TR/Challenge/Challenge?px=1004553&pg=personal&fr_id=1500). And I did my nails with Kiana with stickers for the first time. Because the question at my  medical appointments aren't about medical stuff nearly as much about can I keep raising a kid and can I keep exercising, the why and how I get through the day. And while I do my best at both... there are times I am more scared doing it than anyone besides me is ready to acknowledge. The long term insurance I'm on is deciding whether or not I qualify for renewal or if they've taken care of me long enough. And at the appointments towards the end of the year, they may let me drive because stability has been long enough. 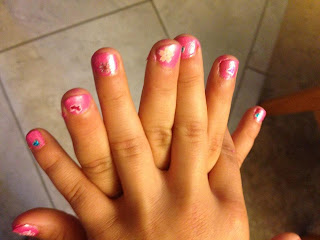 I have never gotten near a PR on a race I've thrown up in. But I have finished them all, trying to listen to the heart that's not fully healed and perhaps will always have a hole or at least scar tissue, I don't know that it's about mental toughness because that one always has a hole and scar tissue, or the body which the way I push it probably  has some holes and scar tissues as well. There are those who say run through the fear; in simple frankness, I never have. I've just learned to run with the fear, despite it, from it.

The title from today's blog is from an Eric Hutchinson song (http://www.youtube.com/watch?v=A7j3u4b3lm4):

The simple reality is that I trust, run, and love with all the conviction I've got left (or all that I have left that I can admit to myself) but some of those will never be fully back. I've wondered if I slowed down too much in the races where I threw up, I wonder if the walls are too high with the GC girls, I wonder if I over worry with headaches and dizziness that may just naturally come from the workouts I do. I don't have clear answers on whether or not to gun with more conviction for that because as the song says "put up a fight if you  must but know that our trust is undone. it hasn't been long enough." 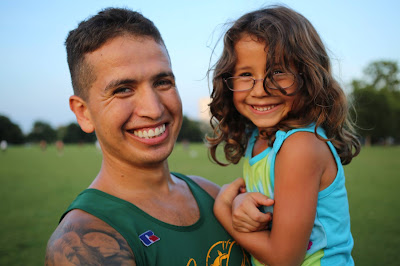 But I got to catch the 9/11 memorial when I headed to New York and it's gorgeous. And I got to do some hill repeats with weights and push ups in between them to get into more Spartan mentality and it was painful yet gorgeous. And I made breakfast for a gorgeous 6 year old six this morning that made both of things pale by comparison.  And well, while this adventure of brain cancer started in November of 2010, it wasn't until November of 2012 that I didn't have a medical appointment (http://pickingupahitchhiker.blogspot.com/2012/11/thank-god-and-fuck-yeah.html)  and it won't be until this month of September of 2013 that will be the first one without any legal or medical appointments regarding cancer. That definitely took way too long but it has me smiling that it arrived. And so last night after Kiana said that I hadn't talked to her long enough when I was putting her to bed and as I continued to reflect that tragedies like 9/11 happen or brain cancer that affect too many people and individuals simultaneouslly, that things like loving Kiana well it will never be long enough. And even if I am never clear when it's been long enough to shake some of the trauma of the cancer, I know that I'll keep giving the good things in my life as much heart, body and brain as I can muster to make that time last a little longer.