More Than A Good Memory 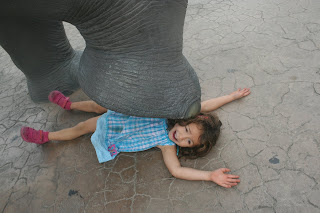 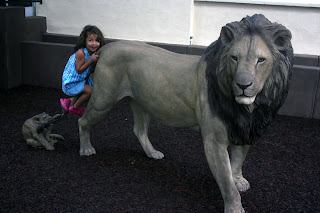 Today is Chinese New Year’s so Kiana and I went out to eat with one of her best friends, a little girl adopted from China. Interestingly enough, the main reason they became so close was because I would say “we” but the honest truth is that it was mostly Kiana's mom who babysat this little girl for several Saturday mornings in a row while her mother was undergoing breast cancer treatments on Fridays to give her some rest on the weekend. Sarah, her mother, was one of the first people  called after my diagnosis and Kiana's mom, who had ran a marathon herself, helped Sarah prepare for her first half ( the one where I’d qualify for Boston) Livestrong’s first time to sponsor the Austin race.

Anyway, the fortune cookie I received at the end of the meal was “It takes more than a good memory to make good memories.” I kept the paper because it reminded me why I started this blog. Someone from the running community had a tumor near the memory section of their brain. It had also started with a seizure and then a surgery but for almost two months of the surgery, everyday they woke up in a Memento type state not really realizing what was going on and not really themselves with an unrecognized scar on the side of their head. They essentially lost all memory of the last few months before the surgery and the first two or so after it. So for the rest of their life, they have to live with a scar on the side of their head being told they had a brain tumor that was removed successfully and the entire story is told to them from other people’s memories. Now I’ve often said about this blog that this story’s not true, it’s simply what I remember but the reason I started writing picking up a hitchhiker was because if I lost memory functions or had something like that happened, I wanted to hear the story from my point of view. (Picking up a hitchhiker was just as clever of a name as I could come up with because well I’ve always picked up hitchhikers).

I have a follow up with my neurologist tomorrow where we’ll see how the MRI’s compare. I have those 8 hours of neuropsychological evaluations in about 2.5 weeks to measure language, memory and other neuropsychological functions. I’ve worried sometimes I am not worth as much because I can’t remember things as well I used to. I don’t memorize phone numbers with no effort (in fact I busted my tail a few months ago just to try to memorize 7 digits because there was a girl who I wanted to remember her number). I sometimes get a few words mixed up or can’t come up with someone’s name as easy. But Kiana and I are doing some special things, I’m trying to pay back the communities that supported me by running a tournament that raises money for Livestrong, I raised that money for brain cancer research, hoping that somewhere in that back and forth of giving and receiving that has happened, that there is a balance of sucking the marrow out of life but also fighting to delay death.

It’s the year of the dragon but for the first time in 60 years, it’s the year of the waterdragon which is known for calming the fire by taking in other perspective. Here’s hoping that promise is lived out in 2012. Another interesting thing I learned recently is that 8/8 in Chinese culture (my birthday being 8/8/80 and I turned 8 on 8/8/88; the lucky number in China being 8) is father’s day and it’s flattering and humbling to think about the fact that my birthday and lucky number combine into a symbol of fatherhood.

So maybe parts of my memories are worse and parts are better after the surgery… and maybe the neuropsychological will show that they have improved or gotten worse or stayed the same… But none of those things have any any effect on the choices we do to follow my fortune which maybe since birth was always just to be a decent father and make some good memories.
Posted by Mexican Vanilla at 6:57 PM