Those anti-depressants I’ve referred to here I took for less than 3 weeks because even though I have  psychology degree I always had a hard time with medication that helps with the brain. It was tough to take an anti-seizure medication and I wanted to will myself to not have seizures or cancer. That’s probably not possible but with the fear of depression I think I can do it.

But from that same degree I remember a controversial idea from my time in college mainly that it is quite possible that depressed people have a better view of reality. They are less likely to think themselves exempt from random occurences (http://en.wikipedia.org/wiki/Depressive_realism). Someone asked me why I write as a coping mechanism, why I don’t just watch a happy movie or get drunk or the joke’s been made a few times try like cocaine or prostitutes. Along the lines of that happy movie, someone else has noted that I make references to movies in here on occasion but they are usually kid ones and the ones about adults that people suggest (ie 50/50) I never actually sit down to see. I rarely watch tv or movies because this kid whose always been odd made a decision in 7th grade (yes I was weird way back then) that even if there’s good TV, I would only ever watch one show at a time since I can’t imagine anyone is too bummed out about missing television when they get on their death bed or even simply when push comes to shove (at both Duke and the first time in the hospital people who showed up in the middle of the day were all surprised I was reading or on the IPAD not watching the TV to pass the day). But this kid who dives into doing his first ride as a 100 mile ride, when I do decide to watch a show, I find a way to watch every episode. So while I can tell you all of the shows I’ve seen in my entire life in one sentence, I’ve also watched most if not all episodes. The shows were Quantum Leap, The West Wing, Doctor Who, and House. In each one of those they are about a man who is trying in their own way to solve problems. Two are fantasy guys trying to correct things in time and space “making right what once went wrong” in Quantum Leap and Doctor Who. The West Wing and House are my favorite because they are real people trying to solve complicated problems where there is not necessarily a clear correct decision (yes some people think there is one path that would work for every human being in nutrition, exercise, politics, etc but I’m not in that camp). House has it’s last episode ever next week and of course it’s about his best friend dying of cancer, a friend who despite being an oncologist decides to not fight it and just enjoy his time on the way out. On the bike ride today, I sat there and processed the changing time idea, reviewing my mental errors at my job, in my marriage, in my medical approaches and wondering if given the opportunity I’d go back and change them. I let those thoughts go quickly and just let them flow as to what can and will I change in the future in regards to those categories.

The relationship errors I’ve been spending some time since Boston thinking about and I’ve already written about. The medical one right now is up in the air with the way the health industry works is incredibly frustrating. Knowing I will have neither income nor medical insurance in two weeks I made some phone calls trying to be prepared but many things cannot be even discussed until I don’t actually have it and some not till 15 to 60 days after. My insurance I came to learn is apparently actually fairly funded through my previous employer itself and that has made it impossible to do some things like stocking up on anti-seizure medication. Talking to a friend, they are like now you wish there was universal health care don’t you? I don’t know the answer to that since some health is connected to choices and I’m okay with all choices, my own and daughter’s included, having some level of consequence. I just happened to have lost in the lottery of genetics but that’s not necessarily the government’s problem.  Still, in the interest of full disclosure, and trying to keep my daughter safe, I went against gut instinct and told her mother about the loss of the job. Texas law, it’s the non-home parent who is supposed to provide health insurance but on our decree, I had put her on mine assuming I would always by necessity be on better insurance. I asked her to consider her transferring her and I’m as afraid of all that as I am of other variables in this shift. Kiana has no known health issues but I’ve come to be an even stronger believer in being proactive rather than reactive. 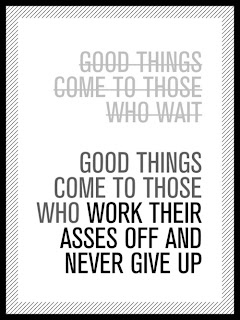 The other reason I don’t watch much TV is because there’s not much nuance… and by and large the vast majority of things end “happy.” I must have some level of depressive realism because I just don’t buy that; things don’t always work out. I grew up in a neighborhood where people were killed.  I don’t believe that good things come to those who wait as the norm; good things usually go to those who work their asses off. Anyone who reads this blog has picked up that I’m nerdy enough to have read a lot of the traditional classics and quote them (often to test of my own memory). But yes I was the nerdy kid that broke the reading record in Jr. High and did an alternative general education plan in college that was all about reading “the great works.” Those don’t necessarily always have happy endings because they aren’t trying to just sell commercials. Don Quixote previously referenced here goes and tries to improve the world and ends up realizing he was delusional. In Orwell’s 1984, Winston, a guy who had tried to fight the way the world operates, has the only ending to a book that I’ve ever audibly responded to "he had won the victory over himself. He loved Big Brother." This person did that by making people break down by facing them with their biggest fear; mine since the beginning of this has not been death or even the wearing down of who I am. It has always been trying to figure out whether staying alive or fighting this which would make Kiana’s life worse. If you’ve read this for a while, I considered not doing treatment at all because the death of a parent at a younger age has a lesser impact on kids than at a later age, resilience a quality that most of us lose too dramatically with age.

But as I sit here and think about those fears and a career, I wonder if I need to continue the game plan I’ve held for so long. I started working when I was 14 and worked in a nursing home. As I continued through school I worked as a resident assistant, as a recruiter, as a pastor, as a counselor in a group home when I finished college. I volunteered as a high school teacher in the south pacific and for a brief stint needing a job when the plane landed as a salesman. In that sales position I made the most money I ever had or have and I quit the job without any problems to go be a juvenile probation officer, cutting my pay in half. I’ve just never been money motivated and there aren’t many (any?) “people-centered” jobs that pay that well. Overwhelmed by all the changes at Duke, I sat and talked with my hosts about whether I’d made a mistake in picking jobs that were about helping people especially when my own employer who I so thoroughly believed in had tucked me away when medical problems arose. I advocated to get back to my job and when I did I advocated for kids but challenge may be something I should do more in Livestrong events than merely at employment. I am definitely rethinking that now. But isn’t life too short to go to work for just money when it takes up so much of your time? Soon, I may be too desperate for a job to be thinking that unrealistically or be depressed enough to be thinking realistically but that is a tough call when the bills haven’t yet started piling up.
When and if they do, I’ll have to make some decisions to make which I’m sitting here trying to diagnose and a thousand ideas go through my head, and like the brain surgery none will be done in any hurried manner (do I sell the car and start biking places, do I take her out of daycare and just stay with her at home through the summer, do I sell the house that I bought a month before she was born). My mom was a single mom in a poor country and she worked hard to keep food on the table and spent time with us but others had to help a lot because we had no car.  I grew up in Mexico where the male job was to be the breadwinner and female job was to be the emotional stuff; my mom worked her tail off but she did a good job, the best I can imagine under the circumstances at both. Most days with Kiana I also have to do both (an interesting study someone sent me was that men’s testorone levels go down when they have kids period, more when they have girls, and even more when they are single fathers to little girls). 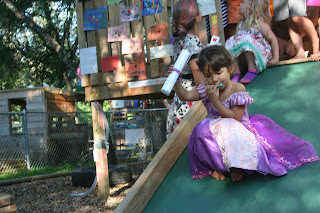 I am not going to be taking any pills with this shake up. I am not going to be taking shots. Showing perhaps that I’ve got less testorene, I’ve eaten a fair share of chocolate. I am going to ride a bike (today’s speed ride was with the guy who helped me with the flat tire whose father died of brain cancer) and do some runs. I went to Kiana’s preschool graduation (I'm excited it about it but it was a few minutes event which is why there's not a longer description) tonight and hope to be able to create the possibility to attend a lot more of those events. I’ve seen at the job I no longer have a lot of parents who are less than adequate and blame their children for their own failures and don’t do enough to help their kids be their own success. I said in that Livestrong video, if it weren’t for my daughter, I’d probably not kept it together and she’s still here so I have to. So chocolate, friends, exercise and trying to help Kiana’s life will be my anti-depressants and motivators. I don’t know how accurate my perception of what my life is or will be will be in relation to reality but at least today, I’ll keep tilting at windmills and put off loving big brother.
Posted by iramjleon at 7:56 PM