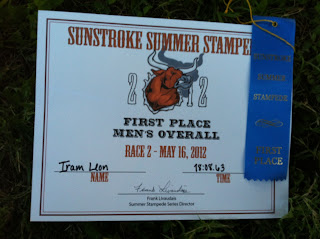 The other feature that Livestrong did about me was that I didn’t freeze with the bad news of cancer and went and handpicked my doctors and took action. That I think will be used in a different format and won’t be on you tube. Let’s be clear it was a while after the biopsy not immediately that I did that because well news sometimes takes a while to sink in and I’d also never had any medical issues in my entire life. When my wife left it took me forever to remove my wedding band but when I found it a few days ago I sold it almost immediately. Perhaps, indicative of getting better with more experience or more used to bad news being the norm or perhaps showing that increased impulsivity that the neuropsychological report has been created, I’ve been fairly active on learning things about not being unemployment within the last two days when I didn’t see it coming. My resume is updated (though if anyone is an expert at that, please please help). I have been trying to figure out if I’m eligible for  unemployment benefits and talking to attorneys. My perception is that creativity is not much encouraged at the local government level which far more formulaic which in some things it’s great and others can be less than that. This was something I never understood but always pushed back at which never made me a favorite there. I fully believe they do good work and I am thankful to have contributed to many individuals but I am proud that there were shifts at the victim services level, at the Mental Health services level, and at reaching parts of the Spanish community that didn’t occur till I created a fuss. I have no way to know whether or not those would have occurred without it but they hadn’t for years.  My supervisor had once said to me that there are channels but on things that would take the private industry a few hours government takes literally weeks, months if not years but being the squeaky wheel got some things greased for me and well now it got me the ax.  If you’re consistently pushing hard for things to people above you, you better not make any mistakes and I made a huge misstatement from a memory lapse and well here we are. I’m looking for an attorney and am appealing it and we’ll see how it goes but as seems to be the rhythm of my life, I am preparing and assuming the worst is coming. 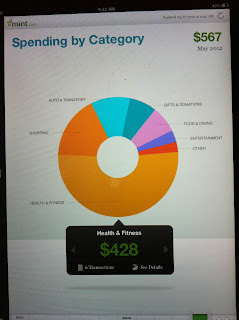 I didn’t expect any medical appointments this month but with insurance now ending at the end of it, I made some some and just came from one of them. Trying to be realistic about new budget constraints, there’s already a game plan. My team of doctors will become 1, my neurologist, a man who has never read this blog but has been mentioned more than any other and specifically as my favorite. Adding to the quality of his character, today I came to learn he volunteers at a free clinic. The rest, like himself, cannot take a patient for free at their regular practice as it turns out to be illegal. There will be no more appointments with the others doctors. There will not be that 1 year return to the premier brain cancer center at Duke this summer, something that my soon to be non-existent insurance didn’t cover the way I’d hoped anyway. And since some of these programs or employment may take a huge time to kick in, I took a very large anti-seizure medication prescription today and hope that the gap will be short between when that runs out and when I have insurance. I dare to dream but life is turns out is unpredictable. I’m obviously incredibly worried financially. Growing up poor and hoping that there isn’t a day of my life where my daughter experiences that, I have always balanced my checkbook first thing when I wake up. Having joined the modern world and gotten an ipad for brain rehab one of the apps I use on there is a financial one, mint. It keeps track of your spending and divides it into category. Its amusing that without exception, the largest category besides my house payment every month, has been “health and fitness.” It’s amusing because it puts my insurance charges, my doctors bills and my sports in the same place. When my ex left, I felt apart and stopped exercising and then fall apart further and probably complicated my own brain surgery recovery. This same doctor gave anti depressants to the guy who hadn’t taken pain medication after brain surgery and I hope that helped my brain not rewire as more prone to depression (which if you’re someone who thinks that’s entirely a choice, I disagree and if you’re someone thinks it’s entirely biological, I disagree). I won a 5k last night, first one I’d ran since the Livestrong one back last summer but my best time. I don’t do 5k’s because they are done so fast; in fact I’ve done more marathons than 5ks in my life. But I am going to train a little harder this summer because I want to break 18 in that Brain Power 5k. I have a cycling workout tonight and a group ride tomorrow. I have an ultimate tourney I am running and playing in this weekend. Those were previous commitments and are already paid for. Probably the paid stuff is going to disappear and it’s going to be more personal exercise once the commitments in June are done.  But no matter what else disappears and if I have to go back to buying payless shoes to keep running, I am going to keep exercising because it’s good for the mind, body and heart. And if for no other reason than the article my friend Egon who went on my longest ride sent me that cancer survivors who stay active live longer (and in my book stronger) http://well.blogs.nytimes.com/2012/05/16/cancer-survivors-who-stay-active-live-longer/?src=rechp&gwh=,

Anyway, the pharmacy just called and let me know my prescription is ready. I have some applications to fill out. Then I have a bike ride to take. Then it’s my princess prekinder graduation. No I wouldn’t volunteer for this entire picture to be my health and fitness but I’ll take it.

Posted by iramjleon at 8:33 AM