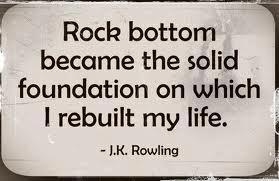 Having had some breathing room for a few days has let spend some time thinking… training for cycling which doesn’t allow earphones has given me some alone time without any distractions (you know except traffic and such, I’ve managed to only fall twice with these clip in pedals both on the day that I bragged that I had gone a “whole week” without falling proving the old adage that pride comes before a fall).

Sitting here waiting for results made me nervous as it should and having these results makes me breathe much easier than I expected. Of course, I’m also realistic and know that this is only this appointment and things seemed fine and then there was something weird on an MRI a few months later. Then things seemed fine and I was found collapsed in the middle of the run. And I never quite forget the origin of never having called in sick and then being diagnosed with cancer a few days later… Both of those two events are things I remember only the moment before and then waking up with EMT’s over me.

Still, I continue to do some growing up in hopes of growing old. I’ve put far more effort into the newly planted trees than into our garden or grass. They all have gotten some attention but it was brilliantly pointed out by my neighbor that trees are the most important thing in the yard because you can replace the grass and flower with no effort and trees that’s impossible to do. You look at the cheap shoes or cheap food for a quick fix or you can realize that your body is also something you take care of as best as you can for as long as you can.

Wonders and Worries is taking the blog and pictures about the ball and using it an email promoting their event (interesting how they are able to make my words sound so much better than I do) and a friend asked me what they were giving me for it and of course the answer is they gave Kiana guidance and support long before I could give them anything so nothing else will be necessary (though showing their kindness they are giving her some of the left over princess gear from the ball). The counseling done they are doing is the best investment I can image. 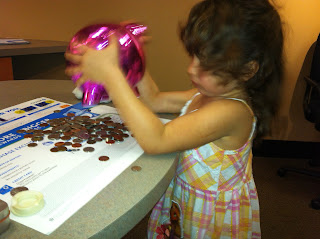 I made eight New Year’s resolution for 2012, knowing some were put off until after the Boston Marathon but one of those was that if I get into anything romantic again that I needed to do it slowly and methodically. There was an extremely short lived rebound relationship last year, with what people noticed the most about the girl was that she looked a lot like Kiana’s mom, an odd phenomenon because frankly when she left a song that helped me start the process of moving on was John Mayer’s I’m going to find another you: http://www.youtube.com/watch?v=cNV_8YXy_QA.  In the end a quick fix is rarely the right solution so if I ever get into anything with anyone else, they  have to realize that I come with a ridiculous amount of baggage and wonder if there is anyone patient enough and willing to help me unpack.  With that said, I won’t ever get on anything like a dating website because I neither have the energy, enthusiasm or the time but if it occurs, I want it to happen organically. I am also afraid if it occurs with a friend that it’s not a good idea because well most relationships don’t work out and I don’t want to lose friends… An odd conflict. Like the cycling I am a real rookie at something that I thought I had a much better concept of. It can’t be someone I can just live with, it has to be someone I can’t live without because it’s better to be alone than in bad company. But I know I never get to be cancer free so if there is someone, I need to feel a quiet assurance that if it gets ugly in the end that they can hang on there and hold my hand on the way out. I still have some money in a Roth IRA, something my friends forbid me from touching for medical bills unless absolutely necessary and trying to reassure me that someday I will get old enough to retire. I appreciate the hope of that long term thinking and in this economy for the first time in a while, I’ve watched it grow slowly to where now after a long wait, it has a few more dollars than the few I put in it. The eighth of those resolution was that if I got into anything, it would take it slow and perhaps the right theme song for that will be John Legend’s this time we’ll take it slow, something I learned in the Boston Marathon can have some real upsides if you do it on purpose and not from a collapse (http://www.youtube.com/watch?v=MIpkE2lYmFs).

The neighbor who works at the gardening center came by on his walk and talked to me about how the two branches on the new tree will need to be cut off in a few months for it to grow at its best but that he would direct me when it was the best time. I’ll be working on that next Century ride where Chris Brewer is providing me a training schedule and riding some with me.  I am going to do that neurological rehab whether or not my insurance covers it and it’s guided by a neuropsychologist. I provided some things for Kiana’s daycare graduation in a couple of weeks that the teachers had put a gigantic sign up that they needed. Those moments sometimes make me wish I had that clear of guidance on everything that I should be cutting out, putting in, bringing, leaving behind but the universe isn’t that clean. But even so, I also want to imagine when I get to sit under the shadow of that tree, where the rehab kept me sharper, where I am at Kiana’s high school graduation, where the retirement account is used for that, where the medical appointments are mostly checkups.  But whether I have one day or 50 years left, I’m watering that tree today and kissing that little girl tonight as she goes to bed.
Posted by iramjleon at 10:56 AM