Being less afraid of cancer for the first time in a while, I struggle to balance the many emotions, concepts and ideas that come with that. Like most of humanity, I embrace anything that echoes my experience and try not echoing what doesn’t agree with it. But I am not naïve enough to think that my experience wins on everything and certainly have learned that the present may predict far less than I thought about the future. So I try to second guess that, listen to contradicting opinions, watch both MSNBC and FOX news, try to find a pattern that no one else has of those who seem to beat this, try to make sense of the fact that doctors have at one point told me we’re hoping to get you to 40, another time that I may be part of the minority that beats brain cancer, and another that strange MRI’s so quickly could mean 12 to 18 months and now that things look stable. There are some calm moments where I laugh at how ridiculous this all is and ridiculously panicked moments when I can’t remember whether or not I took my anti-seizure medication that morning. Some days its more difficult to discern how certain parts of my life are so statistically unlikely in both the positive and the negative. One cyclist recently saw the bike and he was so impressed he stated “ you’re lucky in all of life… except for that whole brain cancer and divorce thing.” Other parts seem so predictable it appears destiny had no other gate it would go through.

Someone recently noted I’m involved in so many things that they teased I might be manic… I’ve sat through enough psychological testing to dismiss that possibility but this bike riding with less running, no music and less people exercising with me certainly keeps me sitting (and thinking) far more than I’m used to, even if it’s not still. I am still running though far less but just taking the use it or lose it attitude. I haven’t quite decided whether or not to do any more marathons but want to decide not too long after the century because to quote Emmitt Smith, “All Men Are Created Equal but some worker harder in the off season.” Still doing mental rehab almost everyday (by the way, if you play hanging with friends that’s the one I use the most for my single word recognition issues). I sat down for the interview for the Most Eligible Bachelors list that Matt had nominated me to and realized very quickly that I was more than not prepared but there were some amusing moments. I keep working through music both old and new to process the raw emotions that sometimes I can say out loud to someone and other times only sneak out in singing, in jokes, in exercising and in this blog. I read past posts and realized there were points I’ve thought about giving up in various areas of life but glad to not have let that win in any area. I try to listen to songs on those days like Mercy Me’s Move: 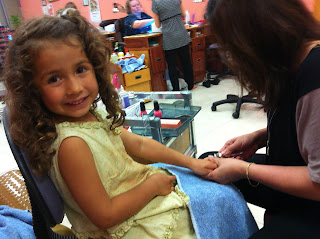 When life won't play along
And right keeps going wrong
And I can't seem to find my way
I know where I am found
So I won't let it drag me down
Oh, I'll keep dancing anyway 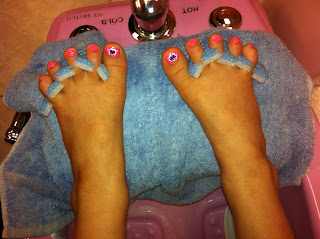 Last year, as I do most years, I wanted to do spring cleaning and I ended up needing to be more thorough than usual for obvious reasons and luckily there were lots of friends who helped. There was a stack of stuff it would have been therapeutic to burn but in the end all that correspondence and pictures were put in a plastic bin that has been gathering dust in the attic so I can hand it to Kiana if she ever wants to see it. Two days ago, I found an old gold band that had sat on my left hand… and it took a few moments to figure out what to do with it. Next to my job there’s a place that says we bought gold and the guy who researches everything put exactly zero effort into figuring out how much it should be sold for and took their first offer, $125 which I decided was burn through money, easy come easy go cash. I replaced something I’d broken a couple of months ago and paid for Kiana’s and mine first pedicures and manicures (cycling and running shoes rub in different places and the store owner definitely reprimanded me for not having done this more often). Kiana loved that and I’m manly enough to admit that it was not as unpleasant or demasculating as I thought. Maybe I’ll even man up enough to shave my legs before the century. But after the diagnosis when I did the tours of my friends while being driven around and went with nothing but a backpack and the little money I could spare, I quoted Michael Card, “you can’t imagine the freedom you find from the things you leave behind.” Between tossing that Valentine’s Day marathon paraphernalia and that gold band, I believe there are no actual material goods left to throw away. The cyclist who helped me with the flat tire on Sunday explain that the weight of bikes is such that losing a pound on the bike is like losing 10 lbs on your body when you’re cycling. I don’t know enough about that to know if its true but I can tell you that it has been good for me to lose those few light weight things that took a lot more than 10lbs off me. When that was done I looked at the yellow band on that left wrist and realized that I appreciate that yellow Livestrong plastic band just as much as not more and I can’t imagine ever not wearing it either.  So the moving on is as completed as it will probably ever get and the current emotions are that I want to echo a Tom Petty song I heard live on Saturday night:
Well, I started out down a dirty road
Started out all alone
And the sun went down as I crossed the hill
And the town lit up, the world got still

Well, the good ol' days may not return
And the rocks might melt and the sea may burn

Well, some say life will beat you down
Break your heart, steal your crown
So I've started out for God knows where
I guess I'll know when I get there

I have another cycling speed workout tomorrow where I’m supposed to learn things I’ve never done like cycle with only one pedal at a time for certain intervals and go 20 miles an hour or so for certain intervals. I hope having less weight in both fears, personal emotional and physical weight and bike weight makes it easier. I hope those all help me learn to fly.
Posted by iramjleon at 6:21 PM